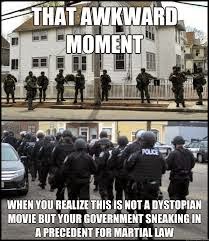 In 2002 Steven Spielberg directed and Tom Cruise starred in the Oscar and BAFTA nominated movie Minority Report.  This is not a film review site but it`s well worth Â£2.49 from Amazon. I choose to begin this post insofar as the work itself is described as science fiction. Star Trek in 1966 was also described as sci fi and looking at some of its fixtures and fittings it was just sci truth fifty years ahead of its time. The era of actually predicting criminal behaviour is not quite with us........just yet but the era of sanctioning criminal behaviour which has not happened is with us in the here and now.

Under the Sexual Offences Act 2003, those jailed for more than 12 months for violent offences and unconvicted people thought to be at risk of offending can be registered. The Register can be accessed by the Police, National Probation Service and HM Prison Service personnel. It is managed by the National Policing Improvement Agency of the Home Office.  As with so many factors, policies and actions which constitute the outpourings of the MOJ, Home Office and other government departments interfaced with Law `n Order a majority of the population couldn`t care less except for harbouring a complaint when asked, that sentences are not "tough enough".  That is why we have such an expansion of the prison population.  Incidents of dogs killing or injuring young children led to the iniquitous Dangerous Dogs Act 1991. More recently death by careless driving was created in response to public opinion and led the government to use an unpredictable outcome to justify the imposition of custody where none previously existed.  Dangerous cycling might conceivably be on the statute books before the next general election prompted by the recent tragedy in London. Whether or not in such circumstances government ought to follow or lead is a matter of political philosophy. But my problem today is being reconciled to severe limitations on individual liberty where no crime has been committed and where an offender has apparently paid the debt society demands; where the slate has been wiped legally clean.

Sex is no longer a dirty word as it was pre the Great War.  Sexual offences, however, are very much in the public eye.  They still shock.  Perpetrators of such are still reviled.  But it seems that just as gay people were badly treated before the swinging sixties changed public attitudes and then the law, paedophilia whether caused by physiological and/or anatomical dysfunction in the brain  or is a learnt behaviour, a matter in dispute, sanctions will never be too severe for Mr & Mrs Joe Public.  Should such people be in effect punished before they commit a crime? The 2003 Act specifically allows this and I don`t recollect too much opposition at the time.  In the case of Paul Colin Carter his punishment (or some would say restriction) is extended.  He is not alone in being subjected to control for the possibility of future offending when his tariff has expired. He is not alone insofar as sex is often the basis of such restrictions.  There was the notorious case last year when a man was ordered to tell police 24 hours in advance of his intention to have sexual relations with a woman.  These two cases are not the same; they might not even be considered similar but they are happening because of a legal system which is taking us closer and closer to Steven Spielberg`s and writer Philip K. Dick`s vision of a dystopian future.  Do we really want or need to taken there?