DEATH BY DANGEROUS AND/OR CARELESS DRIVING 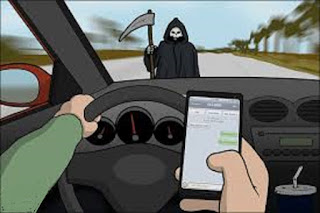 CARELESS/INCONSIDERATE DRIVING. Road Traffic (NI) Order 1995. 12.- If a person drives a mechanically propelled vehicle on a road or other public place without due care and attention or without reasonable consideration for other persons using the road or place, he is guilty of an offence.

The charge of Causing Death by Dangerous Driving is a much more serious charge than Causing Death by Careless Driving with a maximum penalty of 14 years in prison but its definition differs in only one word: it can be brought when driving 'fell far below the standard expected of a careful and competent driver'.

The above definitions or words very similar are the bases on which the CPS initiates charges.  When death occurs as a result of the lesser charge the maximum punishment is five years imprisonment; a considerable reduction cf the more serious offence.  Although the lesser offence is either way it is highly unlikely that any JP has ever sat on such a charge: as far as I am aware neither I nor any former colleague of mine ever did.  I would opine that my comments to follow are those of a layman with perhaps a smattering of legal knowledge and awareness and those with professional experience might have a field day with their literary rotten tomatoes.

The basis of dangerous driving would appear, from the definition above, to be founded upon a comparison of an offender`s driving ability  with that of a "competent and careful driver".  But how would the definition be interpreted if the offender had inherently demonstrated that he was not at the time a competent and careful driver but of such a standard only that he possessed a valid driving license? That would IMHO lead to a very searching definition of the words "competent and careful" and if it could be shown that the offender did not fulfil that secondary requirement he could not then be subject to an accusation of dangerous driving.  With that in mind I would refer you to this recent case. Going by the report the actions of the offender were far from careless; they were culpably dangerous. Road traffic lawyers might disagree.  In any event I would opine that in this case where the offender pleaded guilty it is not unlikely that when originally presented with the more serious charge he was offered a plea bargain insofar as a guilty plea to careless driving would reduce considerably his expected jail time.

I would conclude by offering the thought that the definition used for death by dangerous driving is in need of re thinking so that there is less opportunity for aggressive and truly evil drivers to be offered similar plea bargains in future. Manslaughter and murder might be examples where the demarcation line is more clearly drawn and could serve as a basis for putting away deserving offenders for the longer custodial periods they deserve.