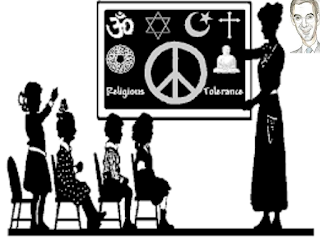 Those who forever and a day lobby for short prison sentences to be abolished have recently been able to lift up their eyes and gaze longingly at proposals north of the border to do just that. It is not a foregone conclusion. The protagonists of this policy change seem to be unable to consider that the situation with recidivism is as much to do with the dumbing down of the probation service since 2010 and the collapse of structures within the prison service over decades. How can prison governors fulfil their remit if they have barely enough to feed their charges never mind rehabilitate them? How can probation services do their jobs with political shenanigans in their recent privatisation and reduced funding combined with general uncertainty for those at the sharp end?

Sooner or later one government or another must explain to the great British public that prison services, justice systems, defence requirements must have much more money spent on them; not the euphemism "invested" as Labour politicians continually preach. That money has to come from increased taxation or reductions in the budget of the holy cow NHS.  Governments especially prime ministers are entrusted and enabled to lead we citizens but currently they are sheep being led by the nose. Perhaps that is why Jacob Rees-Mogg has emerged from rank and file Tories as a future PM.  He has shown his backbone by declaring his Catholic faith and consequences of that faith. If they are kept as his private  belief system just as MPs of Muslim, Hindu, Jewish, Jedi or no faith do there is no problem. Similar arguments against him were put to Jack Kennedy in 1960. He declared that the US Constitution would be his guide; not the Pope. The antagonistic sheer nastiness being directed at  Rees-Mogg from the left especially on social media is a disgrace to our values. It is illogical and all right thinking people should reject it.  Oppose him on political grounds but opposition because of his religion is a dangerous intolerant route to take with catastrophic destinations.