TO BAIL OR NOT TO BAIL;THAT IS THE QUESTION 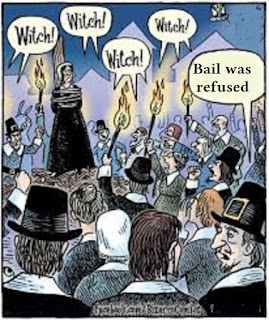 The issue of pre trial refusal of bail for defendants has always been a contentious issue. It is certainly amongst the most difficult decisions made by magistrates. Taking away the liberty of an unconvicted person strikes at the heart of our justice system.  To that question in the few years prior to my retirement the situations where bail was mandatory in the pre trial stage were increased. With those thoughts in mind it was interesting to read this week of the numbers of defendants remanded in custody who were not later convicted at  crown or magistrates` courts.