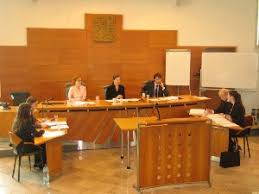 The magistracy has lost about 60% of its numbers in the last decade. There are many reasons for this astounding reduction including a drop in cases coming before the courts, a large increase in the numbers of lawyers appointed as District Judges (MC), retirement of thousands of baby boomer JPs and fewer volunteers with the resources to make the necessary sacrifices in time and income to devote even the minimum twenty six half days annually and three or four days training. A most important consequence of this lack of personnel is the shortage of magistrates trained to sit in the Family Court. Until now at least two years experience sitting on the Criminal Bench was a pre requisite for those wishing to sit on Family. Personally I did not consider myself a candidate for any but the Criminal Bench where I was a chairman for many years. It seems that the shortage on the Family Bench has been recognised by The National Bench Chairmen's Forum, the Senior Presiding Judge and the President of the Family Division.  To alleviate the problem a major change has been approved for the selection process; JPs will be appointed and/or allowed to sit on the Family Court without the aforesaid probationary period.

It goes without saying that the qualities needed  of a family magistrate differ greatly from those of their peers on the Criminal Bench.  With that thought in mind I recollect clear instructions from trainers in my early days on the bench that we were not social workers. That perhaps is explanation enough why the new rules have been enacted. Whilst empathy of individual JPs when on the bench was not a handicap the training advice indicated where a line had to be drawn.  For those colleagues who did and do manage to ride both horses simultaneously I have nothing but admiration having seen them countless numbers of times reading through family reports sometimes of hundreds of pages.

Whilst I have been critical of many so called initiatives of the last decade in the structure and running of magistrates` courts many of a corporist nature this particular one has my backing.  It should place many round pegged magistrates in round pegged courts.