A ONE SOLICITOR SUCCESS STORY OR JUST GOOD PR? 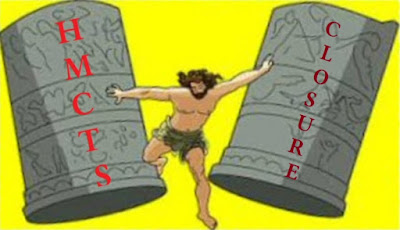 I was around in an age when many (most) professions did not allow advertising. I remember being told of a friend`s colleague who opened a new optician`s store in the 1970s and plastered the glass front door with "we take ACCESS" "we take VISA" signs.......it was the beginning of the age of credit cards......... and who was reported by a rival to the regulatory authority; the General Optical Council. Nowadays it is virtually anything goes so long as the Advertising Standards Authority doesn`t disapprove.

Lawyers were quick to jump on the advertising bandwagon. Some, perhaps more conservative by nature, employed public relations companies or had in house employees to plug their own advantages over other practitioners. I don`t know if Rotherham solicitor Hester Russell, head of criminal law at Harthills Solicitors, used either of the aforesaid means of gaining a headline or whether he spun a yarn to a gullible local reporter but the end result quite blatantly suggests that this gentleman single handedly brought the much laid plans of HMCTS and its CEO to extend court hours at his local court to a grinding halt.

Mr Russell might be a very eloquent member of his species notwithstanding that the  current plans of HMCTS have been put on hold including his local court. On the other hand perhaps his skills in PR are as highly focused as any others he might possess.