MAGISTRATES` COURTS DISPOSED OF SINCE 2010 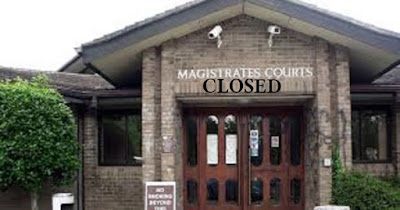 One of the major talking points amongst magistrates and some lawyers over the years since the coalition took power is the number of magistrates` courts closed and the predictions and realities of the problems these closures would cause.  To date 133 have been closed and disposed of. The full lists are detailed below.