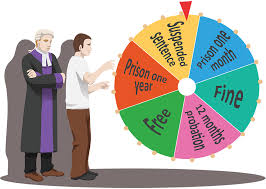 Ten years ago the daughter of one of my best friends was killed on the M6 by a previously convicted drunk driver who was driving drunk, disqualified and using a mobile phone. The offender was jailed for the maximum at the time of seven years.  Not long afterwards  the maximum for causing death by dangerous driving was increased to fourteen years custody.  The government now proposes to increase the maximum to life imprisonment. According to the government press release this change is "part of government action to make roads safer for all and stop devastation caused by dangerous drivers and cyclists."  It will do no such thing but it will certainly satisfy the families and friends of the victims. Some might conclude that it will satisfy the taste for revenge for those affected by the loss of their loved ones. But is that the way we wish to see the law progressing?  The guilty parties of this and similar offences by their very behaviour will not be deterred. They will not reduce eg their speed on a country road from 60MPH to a safe 30MPH because if they kill a walker or cyclist they will be in prison perhaps for life.  Only the fear of being caught will be an effective deterrent and without effective police patrols on our roads such drivers will continue to drink and use their mobile phones to all our risks.

All this leads to the bigger question; how far should public opinion lead criminal legislation and how far should government accede to public pressure?  Taken to its natural conclusion it seems that the tail of public opinion wags the government dog when the dog allows it so to do.  Hate crime legislation has expanded almost exponentially in recent decades even  to include "hate" against those who deem themselves "gothics". With Brexit fast approaching the subject of capital punishment has surreptitiously begun to be heard in various quarters.  The re introduction of such a punishment even in a very limited form is no longer supported only by cranks or fascists. It is inconceivable that any government would be led by public opinion on that extreme of sentencing. Similar logic should apply to life sentences for death by dangerous driving. This change is just another example of window dressing by a government that has nothing left to offer the British people who champion the free market as being the only way to raise living standards and enable tax receipts to support those unable to enjoy the benefits achieved by the majority. It is by government`s own incompetence that the Marxist ravings of an intellectual minority appear as milk and honey to those who believe the promised land is there for the asking after Israel is evaporated of course.