SHOULD WE ENVY USA`S 1st AMENDMENT? 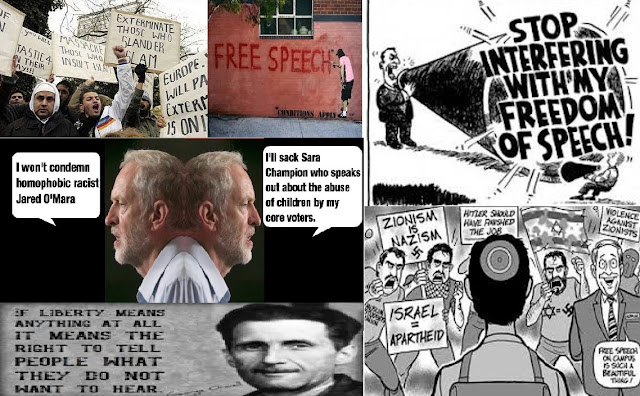 On October 5th I reported on a Christian student who was suspended from his course for alleged anti gay remarks and who indicated his intention to appeal against that decision at the High Court. Last Friday he lost that appeal.  I find this disturbing.  As an atheist I have no theological point to argue but having a libertarian tendency to my understanding of the human condition it is my opinion that we are in great danger that in our determination to protect unwelcome, disturbing, offensive or disrespectful  opinions and/or remarks with regard to minorities we are elevating said minorities to godlike status whose condition is sacrosanct.  In this matter Christianity seems to have pulled the short straw.  Muslim claims of discrimination are often played loud and very clear.  The educational shenanigans in Birmingham and the truly disgusting offenders in Rotherham and other mainly northern towns until recently were considered as simply those of cultural difference.  The idea that basic tenets of the offenders` religion had anything to do with the offending was shouted down by mainly Leftist apologists and politicians whose votes depended greatly on Muslim support.  Currently the very idea that Muslim attitudes to British society are anything but favourable are rarely given media time or space especially when they offend against liberal thinking eg Ch4 Dispatches survey What British Muslims Really Think.

When the Labour Party is hedging its bets on rooting out antisemitic card holders in its midst, devout Christians being subjected to what could be described as self censorship, the desperation of government not to offend Muslims by continually stating that Isis and its non violent supporters in this country do not represent the true religion of the Prophet Mohammed we are following a path of self deception. Indeed in the light of these events and others similar it might be that the writers of the American Constitution had a better understanding of society over 200 years ago than the centuries of supposed wisdom enshrined in our unwritten constitution supplemented by common law and statute. Congress shall make no law respecting an establishment of religion, or prohibiting the free exercise thereof; or abridging the freedom of speech, or of the press.