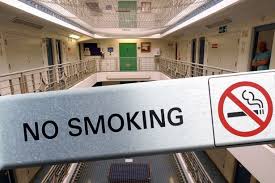 Banning smoking in prisons has been similar to what`s known as shuttlecock diplomacy in the world of foreign affairs. I first posted on the topic over four years ago.  The subject then was of minor interest to me in 2015

The surprise factor in all this consideration was that the Prison Officers Association endorsed the idea knowing full well that depriving their charges  of their daily doses of carcinogens would almost certainly not improve warder/prisoner relations. Originally an initiative of the inept Chris Grayling,  Michael Gove seemed to change his mind from no to yes. We can overloook Liz Truss`s forgettable few months at Petty France. Earlier this year the pros and cons were again clearly laid out when government in its wisdom decided to go ahead with the ban despite the predicted consequences. Well, now these consequences have come home to roost. Prison riots happened before the ban but not at the frequency of late.  Today`s Times carries an authoritative account of recent events. 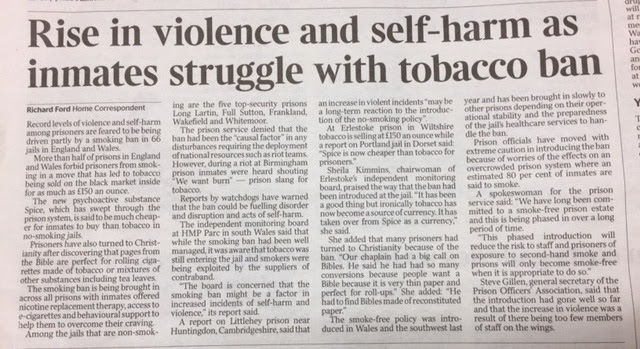 One can only wonder at the ineptitude of our current rulers in so many aspects of the job they were elected (just) to do.  If the alternative were not so much as going from the frying pan into the fire but descending into a Marxist Dante Hell I would forego my vote in the next election for the first time ever.