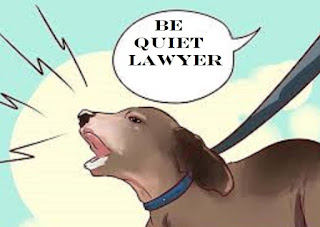 Since this blogger joined Twitter just over a year ago I have found it has proved often to be a very useful early warning system of events which reach daily newspapers and TV 24 hours later. Currently it seems there is what can usefully described as apoplexy amongst lawyers of both persuasions over the activation of section 162 of the Policing and Crime Act 2017 to ascertain defendants' nationality when they attend at the start of a case.  Since all criminal cases begin in the magistrates` courts I have been very surprised that there seems to have been little or no public comment from the Magistrates Association; another reason why I consider this body a total waste of time for your average Justice of the Peace. The furore from the legal profession seems to resonate about the possibilities of deportation for offenders.  In 2016 there were 39,626 people who were removed from the UK or departed voluntarily after the initiation of removal. This is down from 41,879 in 2015. This figure excludes individuals refused entry at port and subsequently removed, in order to focus more closely on what most people normally think of as â€˜deportationâ€™. Of the 86,000 people in prison about 10,000 are foreign nationals. On 6th June last year during a House of Commons debate The Secretary of State for the Home Department (Mrs Theresa May) said "Since 2010, the Government have removed over 30,000 foreign national offenders, including 5,692 in 2015-16â€”the highest number since records began. The number of removals to other EU countries has more than tripled, from 1,019 in 2010-11 to 3,451 in 2015-16. We aim to deport all foreign national offenders at the earliest opportunity; however, legal or re-documentation barriers can frustrate immediate deportation. Increased rates of detection can also lead to the population of foreign national offenders increasing despite a record number of removals". In order to have accurate statistics it does not seem unreasonable that when a defendant is asked to identify him or herself that declaration of nationality or citizenship should be added to name address and date of birth.  None of the legal Twitters on my time line has offered reasoned argument why this process is so objectionable.  An editorial in today`s Law Society Gazette also fails to impress.
Regular readers of this blog will know I am a firm upholder of the rights of individuals in the criminal justice system and no friend of authority. Lawyers should use their bite where it can effect change  but  I fear the louder this legal barking the less effective it will be in practice because in this matter there are no intruders at the door.