AT THIS MERRY TIME THE CANARY IS WARNING 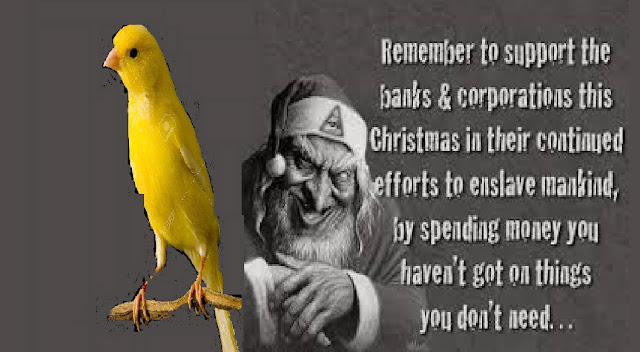 Council Tax more than any other tax can be seen to be used where we live and work.  Many untruths about the results for non payers are propagated by political vested interests.  The actual numbers receiving the ultimate sanction and why can be accessed here.

There was great publicity from the  diarrheac output of the MOJ press office not so long ago on a new offence  of controlling or coercive behaviour under section 76 of the Serious Crime Act 2015. The result? not very much........just another example of how government thinks that throwing more legislation at a problem will cure it.

So begins another period of hedonism where the word "merry" is the common adjective.  Thinking about it that word is rarely used in any other context. My opinion for what its worth is long might that continue.  There are too many political correct apologists and activists of propagating all that`s wrong with our world.  As a non religious person I`m all for the free expression by those god fearing of one faith or another but those who are intent on taking us back to the middle ages where tolerance of difference did not exist  must not be able to have the tolerance and equal voice in this progressive world.  At some point the liberalism of the democratic state must decide when purveyors of hate must be silenced. With anti semitism once confined to private conversation now becoming an almost regular public occurrence the time must be approaching when that warning canary of religious and right and left wing extremism, call it Islamism, fascism and Marxism, must be confronted head on.

So Merry Christmas and a Happy New Year and thank you, my reader, for allowing me to occupy your time for just a few minutes today and previous days.