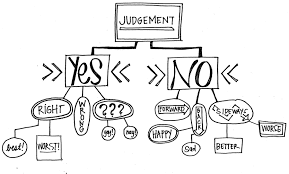 Exceptional hardship is a subject that can arouse deep differences within a bench during retiring room deliberations.Indeed it has been the subject of a few posts here over the last few years. Four years ago there was this one and in June the following year I posted this.

Generally my opinion has been that those offenders who moan the most, namely professional drivers, are deserving of the least sympathy followed by obviously wealthy individuals who could easily afford to hire a driver for six months.  However the finding of exceptional hardship is one of those remaining considerations which are entirely within the bench`s discretion.  Where some difficulty might arise in the decision making is when the offender has proven worth to the community and/or perhaps a history of good deeds or valour in the case of active or former servicemen.  There is certainly a fine line to be drawn when eg a hospital doctor applies for exceptional hardship purely on the basis of his/her occupation and a carpet fitter.

A case earlier this week at Flintshire Magistrates` Court is a perfect example of a bench coming to what I agree was the correct decision in allowing the application to succeed.  This offender`s recent history certainly was a sound basis for allowing him to continue driving.  The problem is that I read too many reports and have experience of situations where sympathy by a bench overrides good judgement and discrimination.