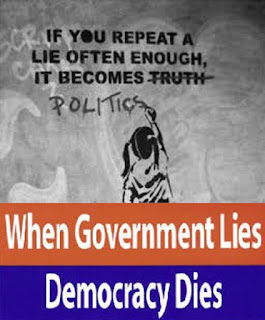 This government`s determination to close more magistrates` courts continues.  The belief in Whitehall that video courts can deliver equal justice for all and reduce costs has become as much as a totem for the MOJ as a free at point of use NHS has become for the Health Department. Outside metropolitan areas in particular the MOJ is still providing vastly inaccurate figures for travel times on public transport for those who will be required to spend up to two hours in making their way to a courtroom for a 9.30am start including time for consultation with lawyer.

To quote from the Northern Echo; " The Ministry of Justice is proposing to close Northallerton Magistrates Court â€“ but its analysis states it is quicker for some people living near the town to reach Middlesbrough.The proposal to close Northallerton Magistrates Court involves transferring its work between magistrates courts at York, Harrogate, Skipton and Middlesbrough.It is currently running a consultation over the proposal.But a table which compares estimated travel times from local towns which currently use the court, appears to show it takes people one hour and 48 minutes to travel the 19 miles from Richmond to Northallerton. It also estimates it takes just under three hours by public transport, at two hours 52 minutes."

The report continues; "Justice Minister Lucy Frazer said: â€œThis government is investing over Â£1billion to reform and modernise the justice system â€“ making it more convenient, easier to use, and providing better value for the taxpayer.
â€œAs we increase the use of digital services, it makes sense to consider the wider role and need for Court buildings and assess whether some are still necessary to provide effective access to justice.
"Where physical courts are to close, every penny raised will be put back into funding changes which will make justice easier to access for all at the same time as offering protections for the most vulnerable.â€

Let me overlook the misuse of the word "investing". The correct term is "spending". "More convenient and easier to use"; that is nothing short of a lie.  The sale of court buildings, often at giveaway prices, is what is funding the so called digital revolution in our courts. Video courts are valuable under defined limited circumstances eg when prisoners have to appear in court. Video representation for them, usually with a lawyer in court overseeing the situation, is an efficient way to to proceed when resources are limited but for Joe Blogs encouraged at every stage to plead guilty to appear on a screen to answer a charge will lead to injustices to numerous to be collated. This is a one way development to remove citizens` rights.  It is to be deplored.