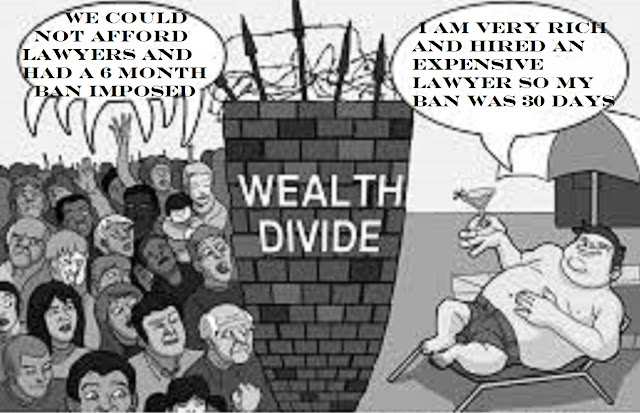 From time to time in any profession where procedures are often discretionary a ruling body or professional society will issue guidance about preferred methodology or similar such instructions. In the case of motoring offences where there is a choice of adding points to the offender`s license or imposing a disqualification, however short, advice given to me and my colleagues was to impose the requisite number of points to reflect the seriousness of the offence(s).  It seems magistrates at Norwich have not had the benefit of similar advice or were too weak to follow the unwritten guideline when they banned a wealthy businessman for a month instead of imposing 6 points on his license which as a totter would have led to a disqualification for 6 months.

Once again justice has not been seen to be done and wealth buys injustice. It is another example of a bench being brought into disrepute by those who can afford high quality advocacy to mesmerise an ineffectual bench.