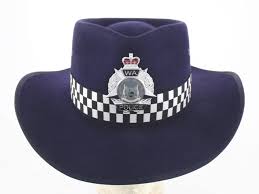 According to the folklore of Hollywood and of Western  movies prior to the mid fifties native Americans often described the black hatted white villain as speaking with forked tongue and of course the reference was to snakes.  Today we would describe the activity as saying one thing and acting in a totally opposite fashion i.e. being an out and out liar.  Now to accuse a Chief Constable who is head of professional standards for the National Police Chiefs Council of terminological inexactitude might perhaps be going a little too far but contrast two statements in the public domain made by this man.  On the website of the NPCC amongst other things the above mentioned Chief Constable Martin Jelley wrote in 2016,

"We will not tolerate corrupt officers or staff and it is vital that we respond swiftly and robustly to incidences of sexual misconduct.
â€œAfter reviews by Independent Police Complaints Commission (IPCC) and Association of Chief Police Officers (ACPO) in 2012, police chiefs committed to doing more to root out abusers from the service. Since then, police leaders have emphasised that this behaviour has no place in policing, made changes to vetting and supervision processes, and encouraged reporting - the majority of force investigations into abuse of powers are started in response to concerns raised by officers and staff."


In a recent  issue of Police Oracle behind a pay wall there is a front page report:-

Perhaps I am being pedantic but my simple understanding is that these two statements appear on the surface at least to be just a little contradictory.  Of course the first is specific and the other is a generality but my opinion is that this very senior officer is wearing that black hat beloved of early directors of the Western genre of movie making.

13yr old River Bovell-Reid has been missing for 2 days from the Croydon area have you seen him Posted on 18th July 2014
'TAKE OVER NUMBER 4' Posted on 05th March 2013
National Black Police Assoaction pays tribute to previous Vice President Glen Williams Posted on 07th July 2014
Ola Raji murder investigation police would like to speak to occupants of a black 2011 BMW ukcri.me/62082 Posted on 05th May 2015
Appeal following cash in transit robbery Posted on 11th November 2014
Appeal for witnesses after an attempted street robbery at Antrim train station Posted on 16th July 2014
Concerns grow over missing woman Vanessa Hayward from Salford Posted on 30th November 2014
Obamacare Beware! The McDougall's are coming Posted on 04th August 2011
No Mercy in Switzerland Posted on 14th October 2011
Police appeal for missing pregnant woman to get in contact Posted on 28th July 2014