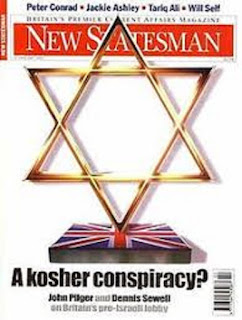 I have never previously copied a complete news report of a case preferring readers to access the link if they so wished. However the issue of anti-semitism, the oldest virus, is appearing in much of the media of all kinds to an extent never experienced in my lifetime. It has even infected the upper regions of the Labour Party and publications like the New Statesman.  Anti-semitism is unlike most other forms of racism insofar as it has appeared throughout history and in areas where there has been public insecurity and dissatisfaction with the political process. England has had its fair share. In the late 12th century, members of the Jewish community in Lincoln settled in York. However, there was growing hostility towards the Jewish population in England. This was in part due to public disagreements in theology between Jewish scholars and Christian churchmen. In the mid-12th century several vicious stories were spread accusing Jews of murdering Christian children. Such slanders, now known as the â€˜Blood Libelâ€™, strengthened anti-Semitic sentiment in England and in 1190 all the Jewish population of York was trapped by a mob in Clifford`s Tower.  One of the mobâ€™s ringleaders, Richard Malebisse, had offered safe passage to any Jews who agreed to convert and leave the tower. A few took this option, only to be murdered as soon as they came out from the burning building. Afterwards, the rioters destroyed the records of debts to the Jews, which had been placed in safe-keeping at York Minster.The triggers for the massacre were many. The calls to crusade in the Holy Land made many Christians sensitive to the presence of non-Christians in England. These feelings may have been heightened by the approaching celebrations for Easter, when the Church preached that the Jews had connived at the death of Jesus. Some rioters also saw the possibility of clearing themselves of debts to the Jews. All remaining Jews were soon after expelled. Only in 1656 Oliver Cromwell allowed Jews once again to enter England.

Anti-semitism is often described as anti-Zionism by its proponents. Nobody would deny freedom to criticise the State of Israel, its policies, its politicians or aspects of its society as would be the case with any country but all too often these critics reveal themselves  to be blatantly critical of Jews being Jews whether in Israel or anywhere. And so to the report copied below from Jewish News.
The performer Alison Chabloz, on trial this week at Westminster Magistratesâ€™ Court over three songs alleged to be antisemitic, was repeatedly denounced as a Holocaust denier by the Crown Prosecution Service barrister Karen Robinson. But Ms Chabloz, giving lengthy evidence on her own behalf in a delayed second day in court, insisted that her songs were â€œsatireâ€, that she was â€œan artistâ€, and that freedom of speech meant she was entitled to her opinions. Ms Chabloz is facing five charges of sending, or causing to be sent for viewing on social media, several videos of her playing three songs, two of which were performed in front of an audience of the London Forum in September 2016. She is said to have embedded a link to one of the performances on a WordPress page she runs, called â€œTell Me More Lies,â€ and posted a separate performance on YouTube. But in nearly two hours of testimony, Ms Chabloz insisted that â€œmany Jewish people find my songs funnyâ€, and claimed that there was no â€œofficialâ€ evidence that gas chambers had been used as a murder weapon to kill Jews during the Holocaust. Defending the lyrics of her songs, which include the description of Auschwitz as a â€œtheme parkâ€, Ms Chabloz referred repeatedly to â€œthe so-called Holocaustâ€ which she said was â€œa fictionâ€ designed to facilitate â€œthe criminal Jewish stateâ€ in Palestine. She complained about the â€œofficial narrativeâ€ of the deaths of six million Jews and deplored the practice of sending schoolchildren to visit Auschwitz, which she said wasâ€allowing the so-called Holocaust to be used as a manipulative weapon to prevent nationalist feelings among Europeansâ€. It was used, she said, to â€œpersecute Holocaust dissidents in democratic countries.â€ The Holocaust, she declared, was â€œused for Machiavellian endsâ€, and claimed that â€œthere are plenty of Holocaust revisionists who are Jewish.â€ She described herself as a Holocaust revisionist rather than a Holocaust denier, but said that there had never been â€œan official investigationâ€ into many of the claims made about what happened during the Second World War. Prosecutor Karen Robinson asked the defendant over and over again to explain the lyrics of her songs, which she said had been deliberately set to well-known Jewish melodies such as Hava Nagila in order to cause maximum offence. But Ms Chabloz denied this, and said she had no hostility to Jewish people. She had the right to express her views, she said, and disagreed vehemently with Ms Robinson who said that such views as expressed in the disputed songs were â€œracistâ€. â€œSome may say thatâ€, Ms Chabloz said, smiling broadly. She said that her very presence in court was â€œproofâ€ of an external control of the media, society, the banks and even the justice system. There were â€œa disproportionate number of Jews in the media, the Houses of Parliamentâ€. And, she added: â€œI strongly disagree that [my lyrics are] racist. The love of a people for its country is not racist and could equally be applied to Israel and Jewsâ€. No-one, she said, was forced to listen to her songs and she did not accept that they were grossly offensive, instead insisting that they were â€œfunnyâ€ and that those who were offended â€œwere offended at being laughed atâ€. Ms Chabloz said her attacks were aimed at â€œZionist Jewsâ€ and that â€œOrthodox Jews donâ€™t want a state of Israelâ€. When Ms Robinson said that her songs â€œtargeted Jews because they are Jewsâ€, the defendant responded: â€œThere are plenty of Jews who find my songs funnyâ€. One of the three contested songs, (((Survivors))), using the â€œechoâ€ brackets said to identify Jews on line, focuses on the experiences of three survivors, Irene Zysblat, Elie Wiesel and Anne Frank. Ms Chabloz said stories of all three had been debunked, and that she had chosen to write about them â€œbecause their tales are dubiousâ€. A written submission to the court was provided by Ms Chablozâ€™s friend Peter Rushton, described as a writer, who had researched documents in the British Library designed to support the defendantâ€™s assertions. Among the books he cited on her behalf, it was said, had been Norman Finkelsteinâ€™s controversial book â€œThe Holocaust Industryâ€. District Judge John Zani said he would take written and final oral submissions from Ms Robinson and Ms Chablozâ€™s defending barrister, Adrian Davies, before announcing a verdict on May 25.