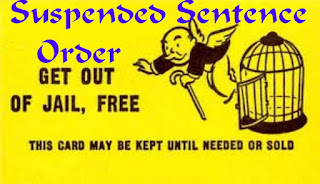 When sitting with colleagues  appointed I occasionally reminded them that we had a duty of public protection ensconced within the formulaic information overload that they were doing their best to absorb.  It was a function that was rarely if ever mentioned in any training course and one with which  most new colleagues could immediately feel comfortable as they were faced for the first or second occasion when the custody threshold had been breached.  For many the realisation that their decision meant that a fellow citizen`s  liberty was being taken from them was a sobering  moment.  Such decisions and the structured approach employed to achieve them were perhaps most significant when it came to deciding if a custodial sentence could or should  be suspended.  The pressures on so doing were and are enormous.  At all levels from Secretaries of State to L/As via PSRs and trainers,  the lower courts in particular  are being â€œaskedâ€ to  employ some form of rehabilitative requirement and to eschew immediate custody.
There is, arguably, a common perceptionâ€¦..misconception?.......that those who commit serious criminal offences  are sentenced too leniently.  In real terms such comments are often related to offenders whose custodial sentence is suspended.  Custody suspended is  a disposal only when the custody threshold has been breached i.e. the offence is so serious that only custody is appropriate and that it is inappropriate to impose a stand alone community order or fine or any other non custodial sentence.  The obvious effect of such a sentence is that it might act as a deterrent against future offending within the period of suspension because the default position in that event would be immediate activation of all or part of the sentence.   I have copied below the relevant section of the original guidance on breaches of a suspended sentence.

C. Breaches 2.2.15 The essence of a suspended sentence is to make it abundantly clear to an offender that failure to comply with the requirements of the order or commission of another offence will almost certainly result in a custodial sentence. Where an offender has breached any of the requirements without reasonable excuse for the first time, the responsible officer must either give a warning or initiate breach proceedings.31 Where there is a further breach within a twelve-month period, breach proceedings must be initiated.32
2.2.16 Where proceedings are brought the court has several options, including extending the operational period. However, the presumption (which also applies where breach is by virtue of the commission of a further offence) is that the suspended prison sentence will be activated (either with its original custodial term or a lesser term) unless the court takes the view that this would, in all the circumstances, be unjust. In reaching that decision, the court may take into account both the extent to which the offender has complied with the requirements and the facts of the new offence.33
2.2.17 Where a court considers that the sentence needs to be activated, it may activate it in full or with a reduced term. Again, the extent to which the requirements have been complied with will be very relevant to this decision.
2.2.18 If a court amends the order rather than activating the suspended prison sentence, it must either make the requirements more onerous, or extend the supervision or operational periods (provided that these remain within the limits defined by the Act).34 In such cases, the court must state its reasons for not activating the prison sentence,35 which could include the extent to which the offender has complied with requirements or the facts of the subsequent offence.
2.2.19 If an offender near the end of an operational period (having complied with the requirements imposed) commits another offence, it may be more appropriate to amend the order rather than activate it.
2.2.20 If a new offence committed is of a less serious nature than the offence for which the suspended sentence was passed, it may justify activating the sentence with a reduced term or amending the terms of the order.
2.2.21 It is expected that any activated suspended sentence will be consecutive to the sentence imposed for the new offence.
2.2.22 If the new offence is non-imprisonable, the sentencer should consider whether it is appropriate to activate the suspended sentence at all.


Where the court decides to amend a suspended sentence order rather than activate the custodial sentence, it should give serious consideration to extending the supervision or operational periods (within statutory limits) rather than making the requirements more onerous.


The problem with SSOs is that there is an underlying prescription within the Ministry of Justice that prison sentences are to be avoided and that such sentences should be reserved for those most likely to be harmful to the citizen going about his lawful business.  However since the riots of 2011 and the ongoing stirring up of fear of terrorism  those whose actions threaten the stability of the state appear also to  be subject to increasingly harsh immediate custodial sentences.   My experience of structured sentencing is that many legal advisors when presented with a bench`s decision of immediate custody will offer â€œadviceâ€ that perhaps there is enough wiggle room to suspend the sentence.  The whole analysis of deciding if an offender having clearly breached the custody threshold should be mitigated to that sentence being suspended is thrown into disarray by sentencing at crown courts.  About 16% of sentences for either way or indictable only offences receive community orders. That includes those offenders who elect trial by jury and those sent there for sentencing from the lower court.

Sensational headlines like this are nothing new.  But there is no doubt the whole process of a suspended custodial sentence is a very hot potato. Sentencers only chip away to its underlying principles as best as they can in order to use it justly for all involved.