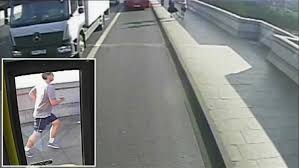 We are often told that this country is the most image recorded in the world. There are an estimated 5 million cameras between John O Groats and Lands End and the density of such technology is highest in London and the major cities. In the capital the central boroughs including the Cities of London and Westminster are the most densely packed with such optical technology.  Putney Bridge, a major traffic artery over the River Thames, has cameras yet all this technical innovation, some would say police snooping, was unable to identify a jogger who last August attempted to injure or worse a woman pedestrian on the bridge. When accessing said webcam today it is no surprise; the picture is blank at 11.15am.   Or is a more likely reason that a man attempting murder has got off scot free because the Met Police are so thin on the ground that they can`t devote the resources to catch somebody who didn`t actually succeed in his criminality?