AN EVERYDAY STORY AT COURT 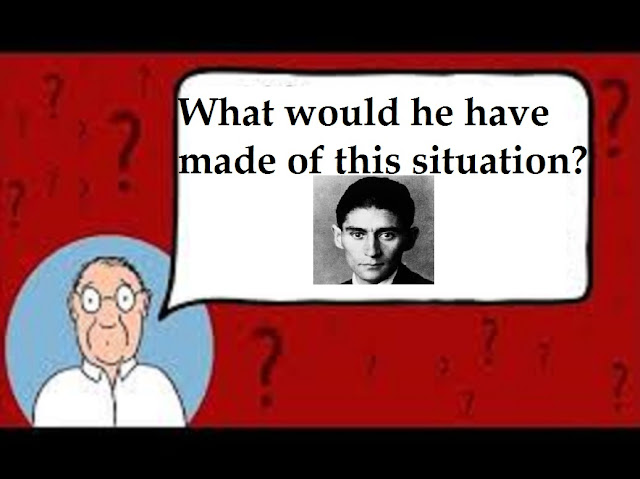 Sometimes events enmeshed within the legal system give rise to thoughts of "How can this happen? Is nobody prepared to tell it how it is?" It is no wonder that Franz Kafka who gave his name to the description of such events {Kafkaesque}  is most well known for his novel "The Trial" published posthumously in 1925.

Convicted sex offenders must re register with police annually and give notice of address change within three days. This offender failed to do so and was summonsed to appear at Kirklees Magistrates Court. He turned up drunk and was refused admission to the building. As a result he was bailed to appear to appear at a subsequent time. Much valued court time was wasted, the case is still unanswered and the registration etc has still not been completed. Surely it would have been sensible to admit him with security escort, place him in the cells for contempt of court if he had not sobered up for the bench and keep him either in the cells or at a police station for appearance the following day.  Perhaps my cynicism of current practice is showing........it`s only three years since I retired.........but truly there has been something lost in the justice system if a drunk sex offender can be allowed to continue to go on his way in these circumstances?