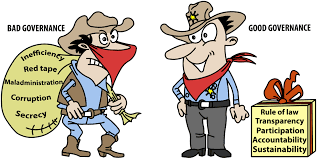 A great debate is taking place in the USA over the separation of powers; a theme throughout the constitution which is the basis of that country`s democracy and a matter of concern with the current POTUS tending to disparage Congress and Justice Dept.  We have no written constitution as many puffed up parliamentary representatives are not tired of explaining.  This is all very well except that there is no defined path for true democrats to follow when the system seems to be near breaking point.  Those same representatives make it up as they go along; hence the debacle of the Brexit Shambles. Nearer to home and as a topic for a blog which usually focuses on matters legal, paedophilia and its perpetrators are rarely out of the headlines. We have come a very long way in the last twenty years in recognising this heinous lifestyle whether initiated by genetic or environmental disorders as a scourge in our society.  As in all criminal matters the police must investigate, the CPS must charge, the court must deliver verdict and the judge must sentence.  If the chain is broken anywhere along its length justice will not be done or seen to be done. Last year Simon Bailey, the National Police Chiefs' Council lead for child protection, said that paedophiles who view indecent images should not be charged and taken to court unless they pose a physical threat to children.  He added that low level offenders should simply be placed on the sex offenders register and given counselling and rehabilitation instead. A few days ago the Solicitor General indicated that he would make provision for appealing against sentences for paedophiles which are considered too lenient.

This complete incongruity between police and courts is more of a tragedy than a farce. But it certainly does the profile of what constitutes good governance no favours.