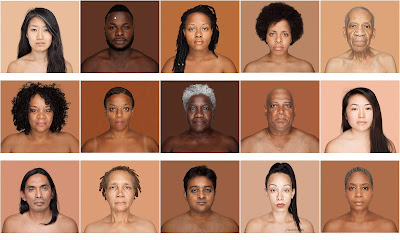 All those with connections to the concept of justice as a department of state will know that magistrates are rather thin on the ground and on the bench. There were 30K when I was appointed and about 16K now.  The idea of "diversity" within the magistracy has been a running sore throughout the last twenty years.  Having never been on an appointments committee the activities of which are secret I have no first hand knowledge of just how far such committees consider lowering the requirements when faced with a dearth of applicants from ethnic minorities but under an obligation to ensure that their court`s ratio of such individuals meets government`s required levels.  What I do know with absolute certainty is that at my own court there were a  very few black colleagues whom everyone from the Deputy Justice Clerk downwards knew had been appointed because of that aforesaid requirement.

There has been a perennial complaint that the magistracy is too white, too old and too middle class.  To those criticisms it used to be added; too male. Not any more; over half of JPs are female. Latest statistics show that  more than half of magistrates were female (55%),12% of magistrates declared themselves as BAME.  The system has always allowed capable applicants with historical minor offences in their background to be appointed; eg a previous conviction of dangerous driving or assault.  But the supposed mouthpiece for magistrates, the Magistrates Association, which nowadays is not representative of its members except that they subscribe for its magazine is as usual pushing the diversity issue once more as if its credibility depends upon it.  I suppose it does because it increasingly just echoes government wishes on matters affecting the lower court. The latest to join this club is chairman John Bache. He bemoans the age profile of magistrates. It is a no brainer that only those with sufficient income can offer the required unpaid time to join the bench.  That usually increases with age. It is only by not having to pay magistrates a salary that prevents a wholly professional judiciary taking over completely the magistrates courts` system.  In order to encourage recruitment he is actively seeking candidates with criminal convictions.  He declares this as another way to increase "diversity".  This D word seems to be the watchword for so much rubbish emanating from government departments and those who criticise are immediately targeted as racist.  Quota systems, for this is what diversity is, demean those who constitute the diversity target. Doubt is inevitably placed in their inherent aptitude for the job. Indeed I know that it has made some feel that they almost have had to prove their abilities to their peers.  That is a terrible price to pay.  And of course there is the actual meaning of diversity.  Where does it stop? the categories are almost endless.

When I applied there was a place on the form to fill in; "which political party did you vote for when you last voted at a general election?"  I returned the form with that question unanswered. It was returned shortly after with a covering letter stating that if I did not answer that question my application would be immediately rejected. I answered the question.  That question has long since disappeared from the application form.  I doubt that questions on race and/or religion will be on the application form  20 years from now. Indeed I doubt that magistrates will be part of the court function in 20 years from now.