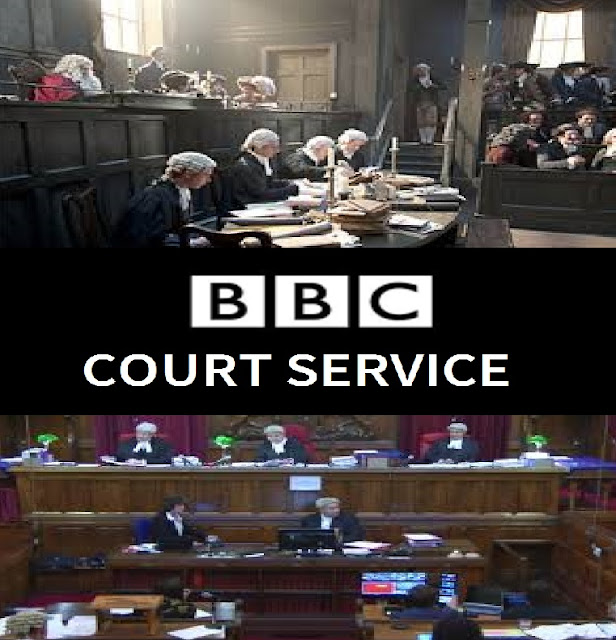 For anybody interested in the law and the legal system last week`s ITV programme on the Court of Appeal was possibly the most interesting and entertaining programme on the subject for many a year.  For a very long time I have been an advocate of live streaming of court proceedings with, of course, the caveat that we don`t lose sight of "justice" for all parties by the nature of the editing and directing which would be inevitable.  Indeed a five minute delay when broadcasting live would be essential.  However I sense that there is much opposition to the very idea of "court TV".  Opposing opinion strikes me as very similar to that existing when the live televising of parliament was mooted in 1968.  The question to arise is not if to have TV coverage of courts but which level of court should be the first to be broadcast.  An argument that a dedicated TV channel be devoted to the topic might find favour with current media outlets being amongst the obvious contenders for such a franchise. With the Supreme Court having been the first (Scottish courts excepted) to allow the cameras within its dusty walls and last week`s programme as precedents I would opine that in keeping with the trend, cases at the High Court would follow.  Under the strict direction of senior judiciary justice would be seen to be done by the public which is being served.  On the other hand if magistrates` courts proceedings were televised it might have more appeal and interest in an area where criminal activity at all levels  could be related to by viewers. It might also act as a deterrent and public humiliation for potential offenders just as the stocks did so many years ago.

One thing can be predicted with absolute certainty; the angst within the legal fraternity re live TV from courts will be seen in a couple of decades from now as parliamentary broadcasting was amongst politicians years ago.  And that was based, despite the hot air of political windbags, on efforts to preserve secrecy of the goings on in a clublike atmosphere.  Just as parliament exists for the functioning of our democracy and not its players so justice in the form of our courts exists similarly.   Let it be seen and heard to be done.

Man jailed for life for body in suitcase killing ukcri.me/61735 Posted on 16th April 2015
Unwarranted Interference Posted on 15th October 2013
From Bystander Nigel Posted on 03rd April 2016
Now they face justice & What an abject failure: Posted on 14th August 2011
MILCH COW Posted on 27th March 2013
Boris Johnson in storm over crime victimsâ€™ â€˜postcode lotteryâ€™ Posted on 08th December 2013
Burglar jailed after heroic neighbour comes to aid of Coventry pensioner Posted on 04th November 2014
Another Bright Idea Down The Pan....... Posted on 21st July 2013
A lesson to us allâ€¦ Posted on 10th September 2012
Live From HMP Manchester where a man has got on to the roof Posted on 13th September 2015