J.P.s OUTSPOKEN BUT A WASTE OF TIME 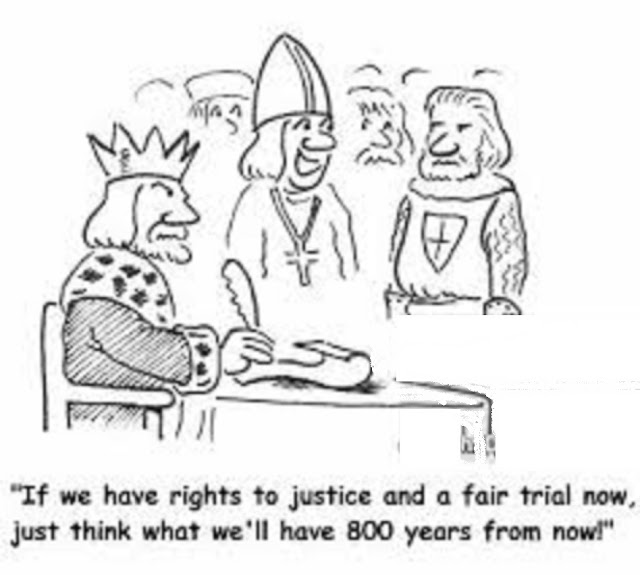 It has been my opinion for over a decade that the concept of local justice is local in name only and that the function of Justices of the Peace will be but a historical footnote by the middle of the next decade. Magistrates are not well organised as a lobby group.  The Magistrates Association has faded from prominence and influence to be replaced by national bench chairmen in a so called forum under the complete control of the executive.  To add to the situation and to seek more control the MOJ in June advertised for a National Leadership Magistrate.  No announcement has yet been made if that position has been filled. Full details can be found on my post of 14th June. With all that in mind I was impressed to read in the Guardian that Kent magistrates have made their own direct protest at the changes anticipated which are just around the corner. Their arguments are cogent but I fear they are fighting a losing battle.  The MOJ will not make substantive changes in its intentions to further remove from our courts the essentials of a level playing field where the guilty are punished and with an equality of arms the innocent are  set free.

Fire Service and Council work together to fight waste fires Posted on 24th August 2017
Police investigate Selby waste site burglary Posted on 21st May 2014
So, just what has Cameron got against the coppersâ€™ copper? Posted on 11th September 2011
Waste crime puts communities at risk Posted on 31st July 2015
Top detectiveâ€™s attack on defence lawyers Posted on 06th October 2011
Greater Manchester Fire and Rescue Service works to reduce number of fires at waste recycling sites Posted on 21st March 2014
Former Surrey PCSO Kim Boichat faces time-waste charge Posted on 24th September 2011
Firefighter helps to save the life of cat caught in middle of large waste fire Posted on 14th October 2019
What is an offence on Bonfire Night? Posted on 05th November 2015
What are the rules on Bonfire Night? Posted on 03rd November 2016