STOP BLEATING ABOUT THE MAGISTRACY`S LACK OF DIVERSITY 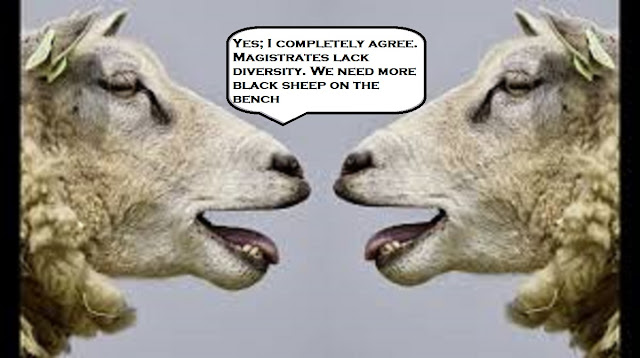 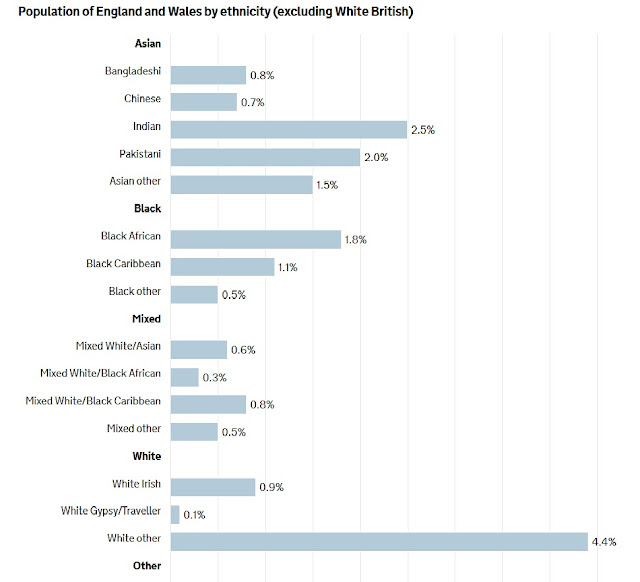 For some years the "great and the good"  plus many lesser mortals with more volume than sense have berated the magistracy as being out of touch with current mores and thus not being representative of society is unable to perform its public function notwithstanding that all magistrates on appointment take the following oath:- â€œI, _________ , do swear by Almighty God that I will well and truly serve our Sovereign Lady Queen Elizabeth the Second in the office of Justice of the Peace , and I will do right to all manner of people after the laws and usages of this realm, without fear or favour, affection or ill will.â€

When magistrates are criticised a Martian observer might conclude that individually and/or collectively  they are not adhering to that oath. Others, often those leaning leftwards in their philosophical thinking, might disagree but very few if any of many lobbyists have made audited statistical results that conclusively show that the supposed lack of so called diversity is failing us as a society. Ethnic minority JPs are very well represented on the magistrates` bench. If there were such a failing it would inevitably call into question whether or not J.P.s were acting contrary to their oath of office. The arguments of "groupthink" are then raised or as a well known figure who died in 33AD is recorded as having said at the time, "They know not what they do". We are told our unconscious or subconscious prejudices are fashioning our performance and we must be re-educated out of them. The Chinese are well adept at this argument and the treatment thereof.

Age, class and ethnic diversity are the three areas where criticism of the magistracy is concentrated.   Justices of the Peace are not paid; carefully scrutinised essential expenses are available for essential travel and subsistence.  Some employers will subsidise the system by allowing the thirteen days minimum annual sittings required to be taken without loss of earnings but many will not.  JPs in that situation must then decide if they can afford to take the loss of wages or holidays in lieu. It is therefore as clear as day that many individuals will be ruled out or will rule themselves out of applying for the magistracy.  It doesn`t take an Einstein to appreciate that only those lucky enough to have understanding employers or sufficient income will offer themselves for selection. The self employed formed about 15%-20% of my colleagues but that is only my finger in the wind estimate.  No official figures are available. Those banging on about a lack of "young magistrates" appear not to have offered sensible if any ways to persuade under thirties or even under forties candidates to apply.  I was self employed from my early twenties but could not contemplate an application much as I wanted to until I was over fifty when I was in a fortunate and comfortable financial position and I was the rule not the exception.  No government now or in future will pay magistrates a going rate which must be around Â£300 daily. It would ruin MOJ budgets.  More likely is the scenario of District Judges taking over the prime functions at all magistrates courts and relegating a rump of JPs to wingers for trials and in single justice procedures.   Outwith the financial barrier to younger applications is the consideration of whether the current minimum age of 18 is compatible with the wisdom needed to operate as a magistrate. It was only in 2004 that that minimum age was reduced from 27. Youth has its place of course but IMHO it was a gross mistake bowing to a spurious societal requirement that age diversity had to be a factor in making courts supposedly reflect the society in which they operate. Class references are a leftist mantra for so much of what they consider are our failings as a nation.  Nobody within a magistrates bench gives a monkey`s fart about class.  Individuals are respected for their ability to do the job whether bus driver or barrister and there was more than one of each on my bench. The class argument is typical socialist claptrap.  From the statistics above the magistracy is as ethnically diverse as a tube of smarties; all colours and tastes are there on merit.  If protagonists of "increasing diversity" are unhappy then let them spell our what their wish list is.  If quotas are mentioned then normal argument has failed.

The rambling socialist discourse being deliberately overheated by Corbyn and his cultist following will seize upon any aspect of our society where the Tories have allowed their sometimes equally unhelpful dogma of austerity to override sense and sensibility when it comes to our justice system.  Legal Aid or more accurately the lack thereof is perhaps the most regressive measure taken in recent decades. The Tory governments since 2010 are directly responsible for this blot on the legal system. Reduced or unavailable legal aid increases the power of the state over the individual and is a direct impediment to justice being seen to be done.

Magistrates deserve more than lip service support from those within the legal family.  Continually harping on about diversity is unhelpful if not disingenuous.