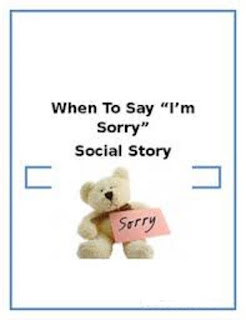 I have voted Tory since 1979. The late seventies showed that the trade unions and the Labour Party had brought ruin to the country and the Tories under Margaret Thatcher had shown that their own moribund attitudes were for the past. The three day week and reading by candlelight were their nadir. In 1997 John Major with his determination to integrate the Â£ sterling with a "basket of European currencies" was so out of tune with the voters that they and I voted in a democratic social democratic party under the Labour label. We all had a clear choice.  We are now told by those who make their living commenting on the political situation that there could be an election at any time. And what is our choice?  A government led by a totally incompetent and personally unsuitable person who was appointed to her post because she was the second or third choice who aroused the fewest objections of a parliamentary party with the combined political IQ of a toad. She is bringing us closer to national ruin in so many aspects of our daily lives that there is a real possibility that there could be a true believing antisemitic Marxist occupying 10 Downing Street. The current state of our justice system provides the very evidence of what to a greater or lesser extent is happening throughout our society.

Only last week the figures of homicides in England and Wales showed that there had been an increase of 14% in 2018 over the previous year. In tandem with that announcement was the publication of figures that noted what many have previously asserted but have been at best justified and at worst denied by those in power; police are under reporting crime. We have been told that we have the finest judicial system the world has ever known. That being the case it doesn`t seem to have convinced the MOJ that there is a sure way to be certain that there is a sufficient number of the senior judiciary to deal with the workload before it; paying the required rate to increase the supply, improve the current pension scheme and recognise that the working conditions are less than adequate. Today it is confirmed that in addition to a shortage of magistrates, a situation that was predictable to a MOJ which has been blind, deaf and dumb to its own inadequacy, more than half of all magistrates courts have been closed since the Tories in coalition took power in 2010. Earlier this month dozens of courts were in chaos owing to breakdowns in their IT systems.

I know about the above because I was personally involved and still take an interest in the judicial system and its ancillary parts. But there are many who know similar problems in their own specialities. Indeed I`m certain some are reading these words who could tell similar tales but chances are these stories won`t make the news until catastrophe happens eg Grenfell where corruption and incompetence that caused that tragedy are waiting to be teased out of witnesses and evidence presented when the enquiry  resumes.  Two aircraft carriers launched way behind schedule and over budget that won`t have planes to fly from them  and be fully operational until 2021, nuclear submarines in a similar situation and an army which outsourced recruitment and now is thousands short in manpower: and that is just a small part of the failings of the MOD.

There is no need for me to continue in this vein.  We all know it. The current chaos on Brexit was inevitable.  The warnings were there. The foundations of those warnings were solid. And that is about the only solidity  in this  whole sorry story.