TO PUNISH OR NOT PUNISH;THAT IS THE QUESTION 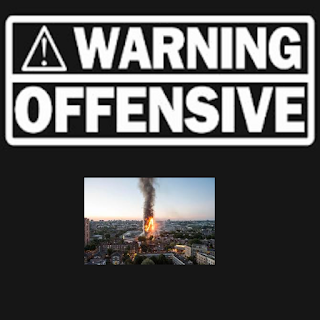 Every day thousands of cases hit the magistrates courts. This observer can generally comment only on what reaches the public domain although from time to time information is available from other sources. In the former category I noticed this week two examples of what I believe are real but subtle changes in how we ie the law, treats miscreants at the lower level of harm.

Freedom of expression is perhaps the most basic of all our "freedoms".  And most importantly freedom to express that which others might find objectionable is arguably one of the most difficult areas in law as to where the line of freedom  is drawn that one person`s freedom is another`s hurt feelings or worse.  The laws of slander and libel have developed over the decades to cope with social media but many cases are much less clear cut than those which involve wealthy corporations and whistle blowers.
Earlier this week Southark News reported that "A man from South Norwood has been charged after a video of a burning cardboard model of Grenfell Tower was shared online. Paul Bussetti, aged 46 (30.05.72) was charged on Friday, April 12, with two counts of sending, or causing to be sent, grossly offensive material via a public communications network. This is contrary to section 127 (1) (a) and (3) of the Communications Act 2003.He will appear at Westminster Magistratesâ€™ Court on Tuesday, April 30." 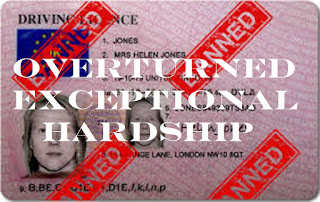 Type in the search box exceptional hardship and my reader will read many of my examples where IMHO those on the bench applying the non guidance on this matter to the advantage of the offender are just plain soft and afraid to use the law as it is meant to be applied. They might be impressed by a junior counsel`s heartfelt apologetic  words or the seniority of the accused.  They might feel that they themselves if in that position would beg steal or borrow to avoid the mandatory disqualification on reaching 12 penalty points.  One reason I had offered by colleagues more than any other to accept the hardship argument  is the old story; leave the Sword of Damocles hanging over his head until the next time. What a fatuous argument in a matter where the current offence is at the very least the second in the three year period.  Indeed in most cases the disqualifying offence is the third or fourth example of the law being broken. Where is that useless sword to be sheathed?

Here is another example where a bench, at least according to the report, did not have the cajones to do its job to punish habitual law breakers on our roads.