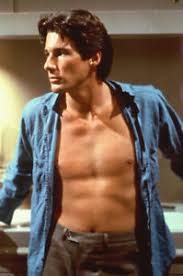 Talking to an old friend from my court some weeks ago she remarked that compared to her early days on the bench in the 1980s rarely had she had sex workers before her in recent years. Changes in many attitudes in the last thirty years have certainly been enlightening and generally for the public good.

Magistrates, however, still hear from many fellow citizens about those slices of the bread of life that are obscured in wrappers .

I well remember that such was the case of Geoff M. He was twenty two years old, evenly tanned, well built and had, according to both my female middle aged colleagues, the looks of a man who could do certain things to the female body.The lady to my left referred to him as a Richard Gere lookalike in the film American Gigolo. We noted that he lived at the most expensive block in the most expensive road in the most expensive suburb of town. Magistrates must have local knowledge to function efficiently. That being said he was before us on a charge of affray to which he had pleaded guilty. We decided to fine him and accordingly looked at the means form he had filled in. His occupation was described as "escort agency services" and his income Â£450 per week. When our sitting was over we remarked that it was the first time any of us had had a gigolo.....to coin a phrase.....and that at Â£450 per week he was either just a part timer, wasn`t very good at his job or he`d lied on his means form as I suspect is the norm for very many defendants.