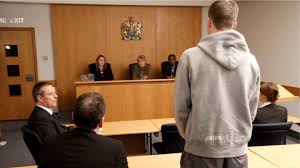 Last Tuesday March 26th I argued that short sentences should not be abolished.  What I did not address was the de facto situation that has been before sentencers for over a decade; the suspended sentence or to be more accurate custody suspended.  Statistics on suspended sentences at magistrates courts are a mess but it seems that at magistrates courts 155,000 such sentences were handed out in 2017 cf 13,434 a decade previously: It is my humble opinion that abolition would be rejected if put to a public vote. Governments of late have to their cost misread this factor and whilst governments sometimes must lead it takes wiser people than the current lot to make these decisions for the benefit of us all.

Note two recent examples from Crown Court where the offenders on the basis of the Sentencing Guidelines and the media reports should have been jailed.  Abrogation of the duty of public protection will provoke a public backlash.  Judges and magistrates should be aware of their responsibilities.