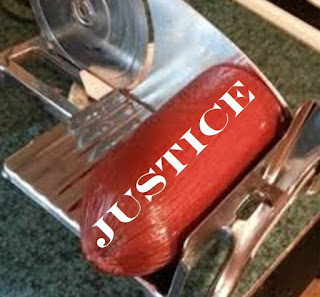 The Parliamentary Justice Committee has just published its latest report on the magistracy.  It seems that these worthy representatives of ours are once more wasting their time and effort not to mention our pounds.  Since 2010 the Conservative governments including the Coalition have steadily and painstakingly reduced the budgets of the justice system as a whole; from the curtailment of legal aid to the bare bones resulting in the impoverishment of the young lawyers seeking to secure their professional status by the imposition of pay rates in many cases no better than those of checkout workers to the acute shortage of judges who actually preside over crown courts and sit at the high court and whose position must not be overlooked even although many corbynites might consider they are already overpaid.  Then they would wouldn`t they.  Their modus operendi is to sow discord and confusion. Hundreds of closed courts based on government lies about the time and transport costs of alternative venues have taken place in the last decade. Prisons are a disgrace for a supposed enlightened nation.  And so to the magistracy: numbers of JPs have almost halved in the last decade.  Training costs have been decimated.  Probation services are not fit for purpose owing to Grayling`s failings. Bleatings are repeated by a desperate MOJ press office for more JPs to be appointed especially those from ethnic minorities and from disabled individuals who might or might not be able to offer 100% of what is required for the job. The list goes on.

Our justice system of which I as a new magistrate twenty or so years ago was so proud is now but a historical footnote. But all these newly appointed magistrates are unaware of that history.  They are represented not by elected colleagues (the Magistrates Association is but a figleaf)  but by government appointed lackeys and are known as national magistrates.  Where will this salami slicing end?  The apologists for all the above and more  will say that as a result we will have a streamlined system where justice is done to all.  The Jeremiah in me overcomes my natural optimism to conclude that on one side with a government more incompetent than any in my lifetime,  a parliament stuffed with self seekers whose main task is re-election and an opposition led by an antisemitic communist pied piper calling out a tune to dash our country on the rocks morally, defensively and economically, the prospects for our justice system are very poor.  But I forget; our civil courts at the highest level will still be targeted by unconvicted unscrupulous billionaires and their legal henchmen when their profits and/or their wives are failing.