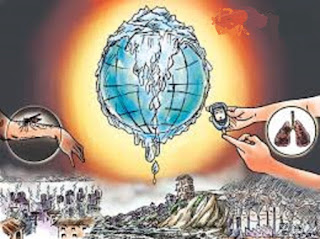 Many people had their daily lives and routines severely disrupted recently when an organisation which has a one pony policy of alerting us to the perils of climate change took over main thoroughfares in many cities to make their point. Police as is often the case had to decide where the boundary lies between a citizen`s right of public protest and breach of public order. As a result, having been very "hands off" initially the need to keep streets available for all to use led to public criticism and the subsequent arrest of thousands of protesters. The CPS has endorsed more than a thousand prosecutions to be undertaken at Westminster Magistrates Court. This decision has led to the expected objections of those who have been called tree huggers in the past.  In this subject they are on the wrong side of the argument. Street disruption is straight from the anarchist playbook.  Whilst those in the current matter might have had altruistic motives their methods would be a demonstration of what would befall us as a society were extremists of left or right to mobilise supporters to emulate their sandal shod predecessors.  Criticism might be made of police being too slow to enforce the law. The fact that those arrested are to face the reality of what the law considers their behaviour is a welcome decision to this retired magistrate.

Police arrest 58 as anti-fascist protesters clash with BNP Posted on 01st June 2013
Two arrested following protest in Charing Cross Posted on 24th December 2014
Put The Kettle Back On Posted on 22nd January 2012
British tolerance is a one way streetâ€¦ Posted on 11th September 2011
Mark Duggan inquest: Furious protesters drown out police statement Posted on 08th January 2014
This is what happens when the police become an arm of government: Posted on 14th July 2011
MAGISTRATES THROUGH THE LOOKING GLASS Posted on 09th November 2015
Police misused powers during royal wedding, protesters claim Posted on 28th May 2012
The moment protesters found a plain-clothes cop in their midst Posted on 02nd December 2011
Images:Parliament Square Demonstration arrests Posted on 21st October 2014