CHRISTIANITY AND THE LAW 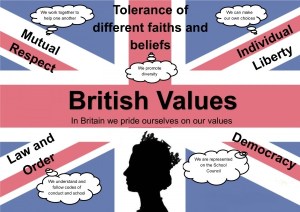 Insert "Richard Page" into the search box and you will find a history of one of the most controversial sackings of a Justice of the Peace in living memory. The posts, the most recent of which was earlier this year on January 7th, need no explanation; they speak for themselves. It seems the final chapter of this story has been written.  An employment appeal tribunal has ruled that he was rightly dismissed.  Readers will have their own opinion on the decision made earlier this week.

The above was the first paragraph of my post last month on June 21st. Another case of interest is the recent successful appeal by a Christian student expelled from his university.  The two cases  of course are quite different but paradoxically similar in many ways. I posted on this topic on 5th October 2017.

Religious belief, Christian, Muslim and Jewish has seemed to be more in the legal news than in previous years.  Considering that this is ostensibly a passive Christian country and that the Jewish population is only 250K it is not unlikely that with about three million Muslims in the UK many of whom are sympathetic to a strict interpretation of Islam  it will be from that area that future legal and social conflict with religion will arise.