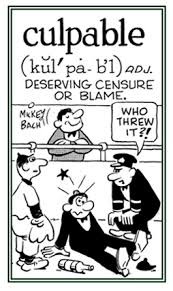 During training all new magistrates are told that if they or a close relative, or someone known to them has an involvement in a case which comes before them they must declare an interest and usually recuse themselves from any participation. Obviously the general guidance can be only that; general.  Certainly after a year or more on the bench a magistrate will have learned from colleagues when to consider if they are in breach of said guidance and of course the Deputy Justices Clerk is there for advice.  Therefore there appears to be no excuse for this woman although her name has not as yet appeared in cases disciplined by the Judicial Conduct Investigations Office. This would seem to be wilful refusal to act judicially or culpable neglect on her part.  No doubt the full story will out.