SHOULD SENTENCING LEAD OR BE LED BY PUBLIC OPINION? 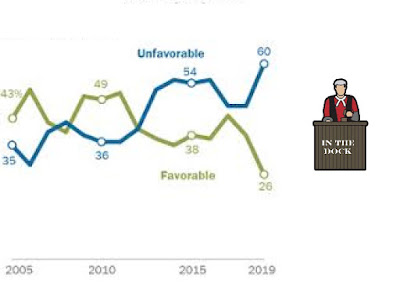 The country is divided by Brexit; of that we are all aware. The judiciary is divided on sentencing but we don`t hear about it until judges are retired. In a similar fashion magistrates are similarly divided on those who take a view in line with MOJ Sentencing Guidelines and try to err on the side of leniency and sympathy for the offender. The other faction takes a more traditional view; a view which has more in line with general opinion but still subservient to the Guidelines. I make no apology to anyone that whilst following those Guidelines  and in consultation with my two colleagues my opinion would also take into account public protection such a position sometimes being overlooked by magistrates and their legal advisors. The final decision of magistrates sitting in Wigan and Leigh Magistrates’ Court on this case erred on the side of leniency and sympathy IMHO of course.

The philosophical question of course for that sentencing decision as with all others is how much sentencing should lead or be led by public opinion. There is no doubt that in general sentencing has become more severe in the last decade; prisons are bursting so hence the astonishing number of custody suspended orders.  In truth so much of this debate is happening  because those responsible for the rehabilitation of offenders, especially those from youth courts and adults who are addicts have not had the funds to do their job as it should be done. The failings at the MOJ are legion and a disgrace to us all. Unfortunately there does not seem to be any motivation from any political party to enable meaningful change in the future.  Bland socialist wishful thinking on one side and still a rump of hangers and floggers on the other pandering to their core voters are more hindrance than help.

Brexit or no Brexit, Deal or No Deal will have not the slightest significance for a justice system which seems to have lost all sense of direction obfuscated by a huge PR department which is possibly the most successful section in Petty France.