THE ELEPHANT IN THE (COURT)ROOM 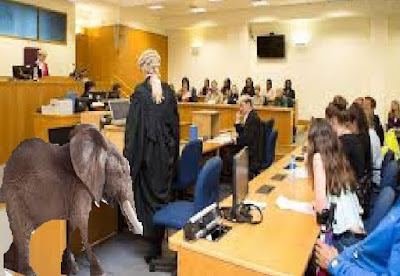 There are occasionally court reports which appear to omit the relaying to a reader the story of the elephant in the courtroom. This is one such report. It would seem that police are the most likely villains insofar as there is silence on how this offender has escaped justice. It would have been almost a certainty that the judge would have questioned the CPS on the absence of the accused.  If he had been on bail surely it would have been reported in open court the conditions of such?  If he had been released under investigation that too would have been part of the prosecution`s opening statement. Perhaps the judge made a direction that whoever and/or whatever was responsible should not be made public.

I am rather disturbed by this case and its possible implications.  Perhaps someone with experience of such matters could enlighten me.