A DARK ROAD AHEAD 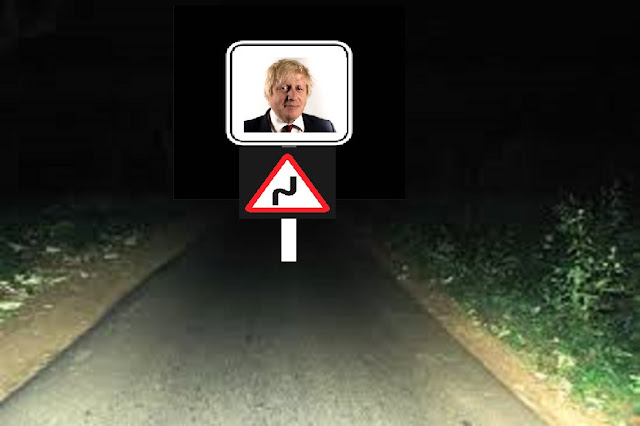 Restrictions on movement
6.—(1) During the emergency period, no person may leave the place where they are living
without reasonable excuse.
(2) For the purposes of paragraph (1), a reasonable excuse includes the need—
(a) to obtain basic necessities, including food and medical supplies for those in the same
household (including any pets or animals in the household) or for vulnerable persons and
supplies for the essential upkeep, maintenance and functioning of the household, or the
household of a vulnerable person, or to obtain money, including from any business listed
in Part 3 of Schedule 2;
(b) to take exercise either alone or with other members of their household;
(c) to seek medical assistance, including to access any of the services referred to in paragraph
37 or 38 of Schedule 2;
(d) to provide care or assistance, including relevant personal care within the meaning of
paragraph 7(3B) of Schedule 4 to the Safeguarding of Vulnerable Groups Act 2006(a), to
a vulnerable person, or to provide emergency assistance;
(e) to donate blood;
(f) to travel for the purposes of work or to provide voluntary or charitable services, where it
is not reasonably possible for that person to work, or to provide those services, from the
place where they are living;
(g) to attend a funeral of—
(i) a member of the person’s household,
(ii) a close family member, or
(iii) if no-one within sub-paragraphs (i) or (ii) are attending, a friend;
(h) to fulfil a legal obligation, including attending court or satisfying bail conditions, or to
participate in legal proceedings;
(i) to access critical public services, including—
(a) 2006 c. 47. Sub-paragraph (3B) was substituted, with sub-paragraphs (1), (3) and (3A) to (3E) for sub-paragraphs (1) to (3)
by s. 66(2) of the Protection of Freedoms Act 2012 (c. 9).
5
(i) childcare or educational facilities (where these are still available to a child in relation
to whom that person is the parent, or has parental responsibility for, or care of the
child);
(ii) social services;
(iii) services provided by the Department of Work and Pensions;
(iv) services provided to victims (such as victims of crime);
(j) in relation to children who do not live in the same household as their parents, or one of
their parents, to continue existing arrangements for access to, and contact between,
parents and children, and for the purposes of this paragraph, “parent” includes a person
who is not a parent of the child, but who has parental responsibility for, or who has care
of, the child;
(k) in the case of a minister of religion or worship leader, to go to their place of worship;
(l) to move house where reasonably necessary;
(m) to avoid injury or illness or to escape a risk of harm.
(3) For the purposes of paragraph (1), the place where a person is living includes the premises
where they live together with any garden, yard, passage, stair, garage, outhouse or other
appurtenance of such premises.
(4) Paragraph (1) does not apply to any person who is homeless.

The above is the recently drafted section on "movement" from the Coronavirus Act 2020.  Some of its terms are very loosely defined if at all.  An enterprising reporter a couple of days ago brought to light the first case of somebody appearing in court allegedly in breach of the regulations. A factual report is available here.  Some inferences can be made from that report.  The level of fine indicates that it is unlikely the defendant actually appeared in court.  Considering the very short time between the legislation being in effect and the alleged offence having taken place it is almost certain a summons was not served.  From various sources it is fair to assume that the court was presided over by a District Judge(MC) and not a bench of lay magistrates. Certain very disturbing questions arise from this matter. In order for a case to proceed to court the Crown Prosecution Service must in essence believe there is more than a 50% chance that the prosecution will be successful, i.e. that a guilty verdict will result and secondly that bringing it to court is in the public interest.  In actual fact that means that this new legislation under which the police charged the defendant  was read carefully by a senior prosecutor and that the two requirements as above were fulfilled.  The CPS is supposed to be independent of government.  If we are to believe that there was no pressure or "advice" from on high the CPS are to be castigated for initiating a prosecution where there is no actual law being broken. If the CPS, however, succumbed to pressure from lackeys at 10 Downing Street we are in very dangerous territory.  Once the matter was before the judge it would appear that s/he had either been  ignorant of the legislation or had been "persuaded" by the Deputy Justices Clerk or even perhaps the Justices Clerk him or herself to convict. Either way the whole process has the whiff of the latrine about it.

This legislation went through parliament on the nod.   Lord Chancellor of the United Kingdom, Lord Hailsham, in a Richard Dimbleby Lecture at the BBC in 1976 coined the phrase "elective dictatorship" by which he meant the power of an executive branch of government which could not be constrained by normal parliamentary means.  It would seem,  that judging by recent events which have left this nation without an opposition party worthy of the name owing to its having been taken over by a coven of antisemites and Marxists, the political upheavals since 23rd June 2016 are leading us down a very dark road the end of which is too bleak to view without a certain foreboding.