THE MYTH OF OPEN JUSTICE 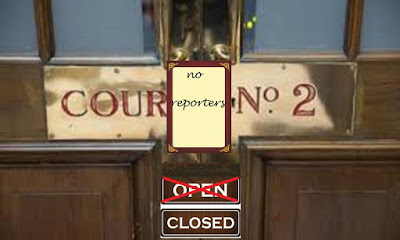 During the riots of 2011 instructions to me and my colleagues from the Deputy Justices Clerk were that where defendants were facing either way charges they must be sent to the crown court for trial.  I did not observe that order and on at least one occasion my  bench accepted jurisdiction.  With the corona virus trashing so many of our legal, business and social activities the Ministry of Justice after a somewhat inauspicious  beginning is organising the early release of some carefully chosen prisoners.  However it occurred to me as I presume it has occurred to others outside the judiciary that it is not unlikely that similar "advice" as that detailed above to me in 2011 has been whispered to sentencers in the lower court that every attempt should be made to avoid immediate imprisonment of offenders even although only around 3% of offenders suffer immediate custody in that court. These examples from Sheffield seem to be such an indication. Now that some magistrates courts are closed to the public and reporters also experiencing difficulties in accessing proceedings digitally  one thing can be said for certain and that is nobody remotely connected with the MOJ will ever admit to such advice having been given. That is an indication that when it suits government the myth of "open" justice is just that: a myth.