BEFORE YOUR VERY EYES 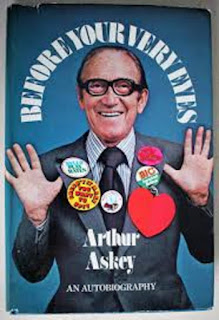 Many interested parties have wondered what has become of so called "leadership magistrates" appointed as the toads of the Ministry of Justice three years ago the T word being used of course in its pejorative form although whether the current incumbents have thick or poisonous skins is beyond my ken. All that is known publicly are their names and regions although that information had to be dragged out of Petty France.  Further details will be found on this site by typing "leadership magistrates" in the search box.  These folk are not representative of magistrates. The only representative JPs are those elected to be chairman of their bench or representatives to the Magistrates Association the latter body annually appearing to lose its credibility to influence the MOJ.  The latest example is that it did not know exactly how many magistrates were currently on the MOJ list.  To be fair the MOJ until very recently did not know either.  It so happens the number was 1,000 less than previously accounted for. It seems that now those MOJ lackeys representative of nobody but themselves and obviously expected to initiate or support MOJ policies has finally been exposed to the public in today`s report in the Law Society Gazette from where I have taken the extract below.

"A  three-year Strategy for the Magistracy drawn up by the Magistrates Leadership Executive lists six objectives to create a ‘comprehensive and sustainable’ recruitment plan. These include exit interviews for colleagues leaving the magistracy and getting agreement from the ministry to set up a national steering group to raise the national profile of magistrates." [My bold]

Thus a further decline in the once was independent magistracy is taking place, as the war time comedian Arthur Askey used as his catchphrase, before your very eyes.