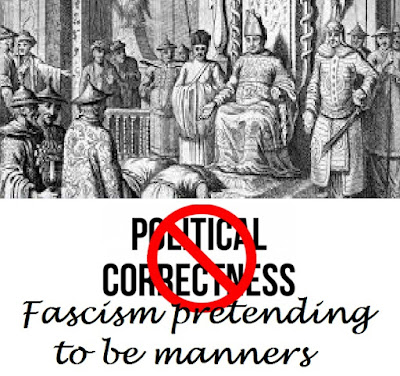 There is no doubt that the subject of racism is around us in ever increasing contexts.  I would hazard a guess that in the public eye racism in sport and in crime ranks of more interest and concern than in other contexts  eg employment or education although like many others I am no expert on sociology or statistics. Although the R word is bandied about it is mostly when discussion about black people takes place. "Asian" has become a euphemism for those mainly of Pakistani origin or heritage. In brief there is well documented history of criminal activity by male members of that social group which has been actively suppressed by law enforcement and associated agencies. The reasons for such "blind eyes" have in recent years been admitted as a fear of accusations of racism.  The knock on effects of such dereliction of duty by the involved agencies are becoming public knowledge almost weekly. The association between the sometimes medieval attitudes of some of those within that group and abhorrent criminal activity  have prompted a more realistic attitude by police and courts. The fear of their being denounced as racist by some Muslim organisations has given way to the view that everyone is equal before the law whatever brickbats might be hurled at them metaphorically and literally. The benefits to the vast majority of perhaps the third generation of immigrants from Pakistan are profound.  They are proudly British and seek to attain the highest levels within society that their abilities allow.  But many black people who comprise around 13% of the population have histories utterly dissimilar from south Asians.  They did not immigrate to these shores seeking a better life. As is common knowledge their ancestors were, over a period of four centuries, torn from their homes in mainly west Africa by European slave traders; Spanish, Portuguese and predominantly British.  The fact that Africans were also involved is neither here nor there. The heritage of those slaves is not some subconscious memory in their descendants; it is active and all consuming as is the collective memory of the Holocaust for many Jews.  Generally comment is one way.  Rarely is it spoken publicly of the enormous and statistically exceptional performance of black sportsmen and women. Athletics provided Jesse Owens in the 1936 Berlin Olympics with the perfect opportunity to prove that Hitler`s nation of so called aryans was inferior to his trained body where his muscles` structures were superiorly adapted to his sports.  And it  continues to this day whether in boxing, athletics and of course in football. At all levels of the game but seen by millions in the Premier League black players form more than a quarter of the clubs` players; twice the proportion of black people in England and Wales. This should be a matter of pride for all but is often overlooked when eg bemoaning the lack of black managers. The current furore over "taking the knee" from both pro and antagonists is a clear example of the distress in which this subject is mired. The politicalisation of Black Lives Matter is significant despite denials. The recent outcry over Millwall supporters is an example of confused thinking. The majority of observers have castigated those involved as racists. That is a popular response but misses the point.  Taking the knee is a political act.  Rejecting that does not demonstrate racism against black people. Those in fascist Italy and nazi Germany who refrained from the salutes associated with the leaders in those countries risked loss of their jobs and much worse. I would venture that there is fear amongst some well meaning footballers being seen to avoid the knee gesture and that is most disturbing for our attitudes as members of a free society.

The latest example of concern over matters concerning attitudes to BAME offenders has been published by the Sentencing Council. It relies on the Lammy Review with its questionable statistical analysis to insist that sentencers must be pro active in considering that such offenders are not overly penalised.  Contrary opinion can be accessed here. Underlying all the huffing and puffing from the bigwigs is the unsaid accusation that sentencers have been biased in their judgements whether conscious or in the newspeak language of 2020 exhibiting unconscious bias when sentencing black offenders.  This is an insult to all those on the bench; an insult which just might be justified for a few but not the many. Personally I cannot recall a single such an incident during my time on the bench but according to the sociologists pronouncing on this topic I and my colleagues would have been unaware of our deviant behaviour. Would that have been the case when I announced to the court and to two young  black men accused of theft that we accepted their evidence over that of several policemen and that they were free to go. The Sentencing Council`s latest outburst  is on the  approach road to the type of policy introduced by China to correct unacceptable attitudes of some of its population.  The common term of the result of failure to conform being utilised ever more often is known as self censorship. And here is where taking the knee is an example. I look forward to when a team decides to stop this form of compliance and then is castigated as offering succour to racists. At least if that indeed takes place the discussion will be out in the open and not behind closed doors and kowtowing to political correctness.