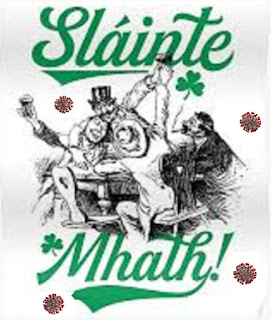 Although I hadn`t planned on posting here until after the new year natural curiosity in checking day to day events which might be of interest overcame my reluctance.

It would appear that, simple as it appears to me having bought, sold and managed various business projects in my previous life, the notion of HMCTS being able to inform its staff that many black and ethnic minority people attending court do so in a professional capacity and not as defendants is beyond its capabilities. In any normal business or professional environment those individuals responsible for that lack of training and of grievously insulting non white attendees would be severely admonished or sacked subsequent of course to so called HR investigation. There is no doubt in my mind that that organisation is no longer fit for purpose irrespective of all the "good news" put out by its inflated task force of weasels in its PR department.

Sometimes I just fail to understand the leniency of some magistrates when dealing with a case which clearly requires the maximum sentence available for said offence.  Such was the decision recently at Northampton Magistrates Court when a driver in a 40MPH zone was clocked at over 100MPH.  He was given six penalty points when the maximum for said offending is 56 days disqualification. Perhaps, if he already had points on his license, the thinking? process of the bench was the sword of Damacles approach "next time a ban will be inevitable". The short report leaves questions unanswered.

At the same court on December 21st the chairman of the bench was castigated by commenters apparently echoed by the reporter for very severe words to an offender who had been released from a mental health institution shortly before he had offended. There is no doubt that governments over the last two decades have brought nothing less than havoc to the treatment of those with mental health problems.  As a society we have accepted the predictable results of such incredibly myopic actions. We have actively allowed millions of our fellow citizens to suffer their agonies unchecked until they appear in a courtroom.  My suggestions here and elsewhere that a modern form of workhouse (use search if interested) be established for particularly vulnerable people have been ridiculed. Current treatments and rules for mentally sick and also those with addictions are not fit for purpose. But like legal aid such matters flow beneath the popularity horizon of most of the population until they are personally involved and government is very happy to let that insularity continue until perhaps major events intervene.

Finally for those wish an insight into current court statistics access here.

With many of my generation awaiting a message from their GP to be next in line for you know what I will be content to see in my next Hogmanay with a large glass or two of 12 year old Glenlivet. Slàinte Mhath (Pronounced Slanj-a-va)