IS 99% CONVICTION RATE EVER JUSTIFIED? 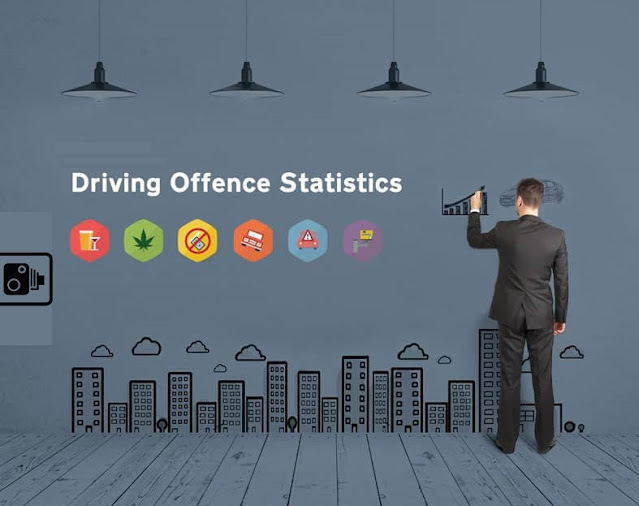 It is not uncommon when reading legal reports from China that their conviction rate is around 99%. Most observers will remark that such a conviction rate reeks of a totalitarian system of government where the courts and the legal system are but servants of said government and that as a system of so called justice it fails miserably to reach even the lowest benchmarks regarded as indicative of a system which is free and open for all regardless of rank or position. In other words in plain English defendants are more or less rubber stamped as guilty even in the rare circumstances where they can offer a defence in the real meaning of that word as it applies we hope in this country. At the other end of the outcome scale there is a an apparent never ending complaint in this country that cases of rape are inefficiently investigated by police, undercharged by CPS and too often conclude with findings of not guilty. The question for all involved within the legal system is quite simply what is the "correct" rate of conviction: a rate which reflects the definition we place on guilt having been established beyond reasonable doubt. 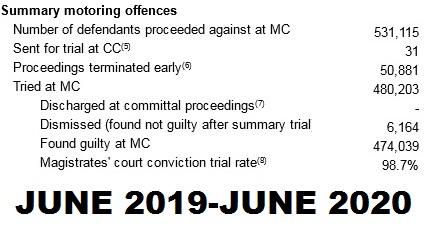 There are lawyers who argue that magistrates courts should be presided over only by District Judges (MC) on the basis presumably that their clients would receive a fairer hearing and be less likely to be convicted than by a bench of three magistrates. As an aside those self same lawyers would be aghast if a single crown court judge replaced the jury system of twelve. There are, however, some statistics which make interesting reading regarding summary motoring offences where almost everyone has a vested interest in avoiding conviction and which are generally decided by a magistrates bench. In the 12 months ending June 2020 480,203 defendants were tried against of whom 474,039 were convicted; a rate of 98.7%. A complete extract from the appropriate statistics table is copied above.
An interesting comparison can be made with figures newly released on single justice procedures with speeding charges based upon detection by camera devices for the nine months ended September 2020 during which 68,905 were progressed resulting in 43% pleading guilty. Not guilty pleas were about 1%. Presumably the  remainder chose not to attend although the figures do not make it clear if non attendees were included in the 43% nor the numbers sent for trial of the 1%. My personal assumption is that the outstanding 56% were found guilty by the single justice based upon paper evidence which was unopposed.
The only conclusion seems to be that a conviction rate of around 99% can be justified as a true reflection of a fair justice system but only in very precise circumstances.  To use a conviction rate alone to further a legal argument without other considerations is unjustified (pun intended).