WHEN IN ROME? MACCLESFIELD? DO AS THE TURKISH 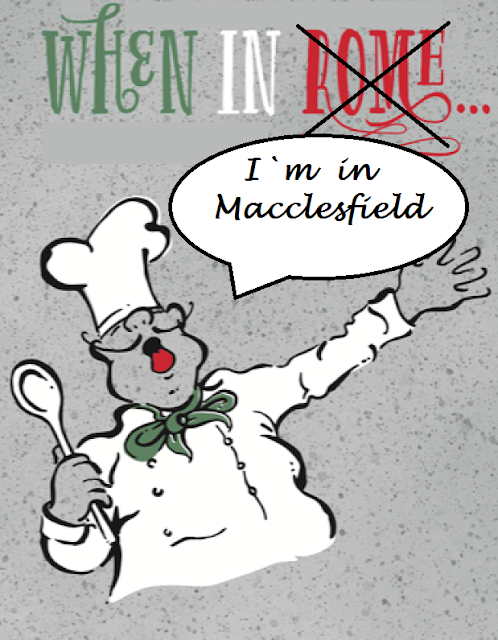 It is of no great surprise when visual media covering visits of female  royalty or lesser supposed personalities or leaders to middle eastern countries publish images of said visitors dressed in such a manner that we are told they are paying respect to the mores of those host countries.  These outward manifestations of "respect" would often include the wearing of head coverings of a form associated with the Muslim religion and or trousers when that form of dress would be unusual in a western setting.  Most observers would not in any way offer criticism.  For mere mortals visiting such countries following local modesty rules is more than just out of politeness or respect it is an absolute necessity to avoid falling foul of local gendarmerie and a possible jail sentence or forced deportation. For visitors to this country or immigrants the British and especially Londoners are and have always been tolerant to  seeing people attired in all manner of national costumes from the lavish colours of the silk dresses of Nigerians to the burka of Afghans and others.  In similar fashion shisha cafes, almost unknown in Britain 20 years ago, are now commonplace in many towns and cities. Provided they are open in line with current regulations and the substance smoked is only tobacco they provide a new experience for us and a sense of home for the mainly Turkish and middle eastern proprietors and their immigrant countrymen. The essence of British hospitality to newcomers is an expectation that they respect are laws but fearful of accusations of racism many organisations have for too long failed in their duties to call a spade a spade when faced with clear examples of law breaking.  Perhaps the most atrocious of such cases was the cover up of Pakistan heritage men grooming, exploiting, abusing and raping under age girls mainly but not exclusively in northern England. Similar offences by high profile wealthy Arab visitors have been reported for years. Currently a billionaire Arab potentate and friend of the Queen is suspected of causing harm or worse to his daughter. At the lower end of the financial scale there are major concerns that immigrants of Pakistani origin and their families are involved in forced marriage; an offence that was enacted purely as a result of those practices which were common in their countries of origin. The old adage "when in Rome do as the Romans" is particularly applicable to foster harmony between a home population and immigrants.  And that brings me to the disturbing outcome of a case where a few days ago a Turkish chef was cleared of sexual assault of a teenage waitress on the basis of his claim, accepted at Stockport magistrates court, that in his native country it would be considered acceptable behaviour.  A comprehensive court report from World News can be accessed here although the case was widely reported in many other media outlets.

A case like this will do more to encourage the true racists in this country than all the taking the knee at football matches. Left wing comment has been almost non existent.  Our laws are there to provide justice for all without fear or favour.  In simple terms that means that every case is decided by a single standard. Allowing this defendant to be acquitted is an injustice not only to the complainant but to us all. Thousands who read of this matter will have their faith in our system of justice further eroded. Thousands more will have their hatred for those they consider unwanted  foreigners in this country enhanced. I will conclude by posting below the final few paragraphs of the report. 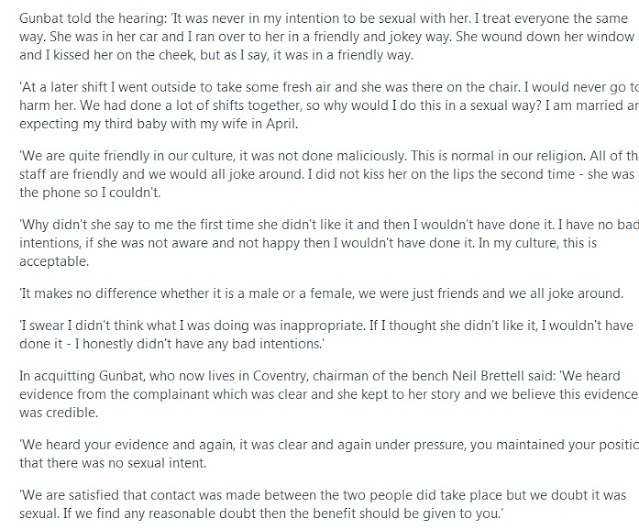