JUSTICE NOT SEEN TO BE DONE 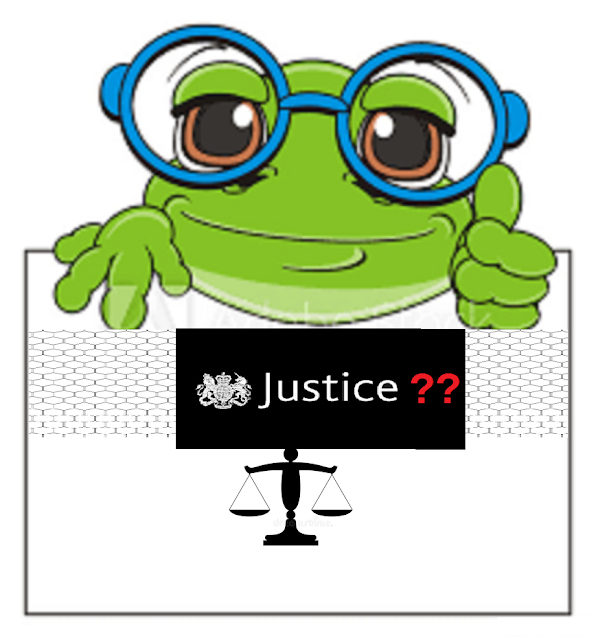 I would assume that most readers here will be familiar with the phrases; "now you see it now you don`t", "what aboutery" in relation to arguments, "tactical deception" and others similar. Whilst individually they might refer to different scenarios they have a common thread which is to deflect and/or to deceive an opposing party into believing that an action physical, verbal,  or military will be opposite to that expected by the onlooker,  debater or enemy. The Ministry of Justice with its public relations and advertising spending hidden from public view is a master of those aforesaid tactics. 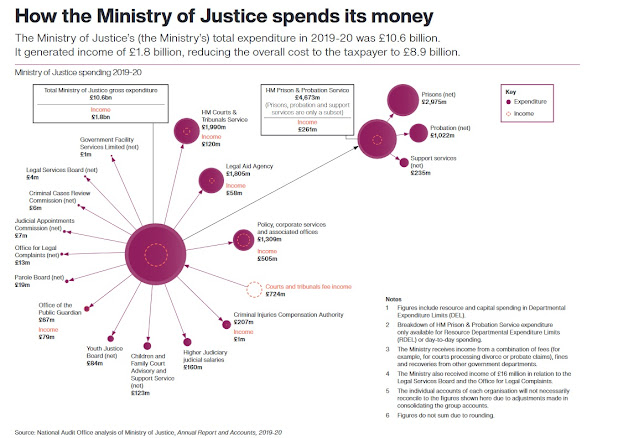 In the last couple of months media have been bombarded with stories of how throttling is to be made a crime, secret justice in the magistrates courts and that rape complainants [often wrongly written and spoken of as "victims"] will be offered opportunity to give evidence at a distance and /or to a court cleared of the public: all this whilst as a result of the deliberate policies during the last decade of slashing the MOJ budget by eg closing half the country`s magistrates courts and effectively squeezing hundreds of lawyers out of the legal aid system. Despite all the propaganda and announcements of how Covid 19 is being overcome the very basis of our system of justice is at breaking point; not at the top end for Russian oligarchs divorcing avaricious wives or a Supreme Court overruling the Appeal Court on parliamentary process or citizens` rights deprived from a fifteen year old groomed by Islamist fanatics to applaud public beheading of innocents but at the bottom end where 1.5 million cases are brought annually and over 100K trials are held. These diversions which have been flagged for attention by the PR weasels in Petty France consist of focussing on female complainants of abuse and the secrecy of the single justice procedure.

As usual the Victims` Commissioner and women's groups shout loudest that women are in greater need of legal protection from domestic abuse. The purpose is to make non fatal strangulation (throttling) a stand alone offence with a maximum of five years custody.  By any stretch of the imagination such an act is horrific but an argument put forward for the inadequacy of current legislation is that all too often the accused is charged with common assault; a summary offence for which the maximum penalty is six months custody.  It is argued that the current law is inadequate. Reading  the Sentencing Guideline shows that punishment commensurate with the crime is available but if the CPS do not charge according to the seriousness of the offence and continue to undercharge in order to secure conviction offenders will of course cock a snoop at the law.  Despite the gearing of statistics to highlight their arguments and conveniently forgetting the recent examples of false allegations those same vociferous advocates for change wish to ban attendance in the public gallery when complainants give their evidence in rape trials perhaps the most difficult of offences to prove beyond a reasonable doubt owing to a common mutually pleasurable and legal activity being undermined by one party, usually female, making accusations of force by the other participant.  The watchword of justice being SEEN to be done is conveniently overlooked or considered obsolete.

Nowhere has justice by stealth crept up on us more steadily than in what`s known as the single justice procedure.  Incredibly this blot on the legal landscape has been endorsed by most magistrates and the Magistrates Association. Originally intended for common offences where custody is not an option eg non payment of TV license, low level motoring offences or non payment of transport fares etc  and personal appearance by the defendant is not required it has developed to a situation where charges such as assault can be laid before a single justice. In the nine months to last September almost 400K  people have been prosecuted of which 70% offered no plea and so were convicted and fined. Since the epidemic thousands of fines have been issued through this process under Coronavirus Act and allied regulations. Hundreds and possibly thousands to be investigated of these cases were wrongly prosecuted.  Those at the sharp end of these injustices were likely to have been at the lower end of the socio economic spectrum. This is justice Chinese style where 99% of cases result in conviction. It has no place in England and at least its format should be reviewed.  But be in no doubt the toads of Petty France have many more avenues to divert critics` prying eyes from what is really happening in our courts.