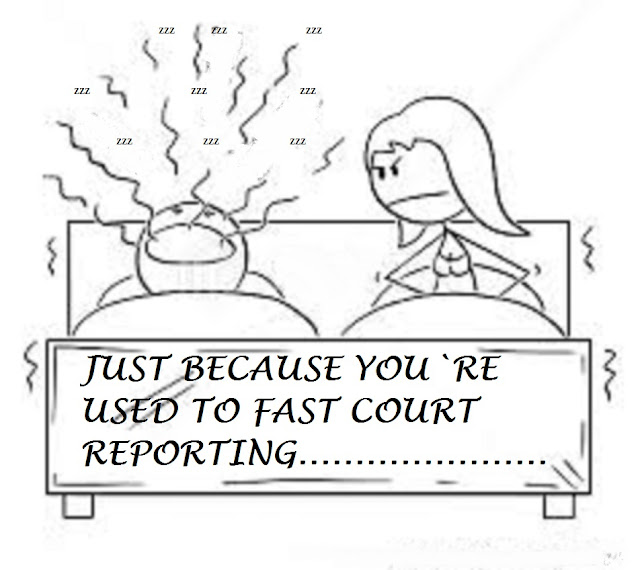 There is no doubt that the reporting of the goings on at our magistrates courts has gone into decline.  Previous to the pandemic I suppose that state of affairs could have been described as slow as has been posted here more than once.  I would opine that the situation can  now be described as dead slow.  I feel it is only a matter of time before we reach that next and final stage where I hope live televising of selected courts will fill the gap.  Meantime two recent cases have caught my eye because they demonstrate two aspects of alleged criminality and the reports are unusually comprehensive although as many observers point out  only those actually in court to hear all the evidence would be in a position to make reasoned comment. Since magistrates courts` proceedings have never been courts of record I would say that that aforementioned criticism is facetious and unhelpful.

Sacked magistrate Richard Page`s supposed transgressions have been documented here since his unfortunate saga began many years ago.  His religious beliefs triggered anger in certain quarters and his final dismissal by the Appeal Court could be seen by some (many?) as the establishment finally ridding itself of an irritant however fancy the words of that court to justify its decision.  A recent case of religious belief justifying criminal activity although considered minor by its adherents should give us all cause for concern. I believe that there is an underlying belief in this country that Christians are not given as much protection by the criminal justice system  as other religions when the law appears to be broken.  Usually that involves Muslims. Indeed currently there are Muslim demonstrators apparently breaking lock down rules in their quest to have a teacher in Batley sanctioned for having shown his class the infamous cartoon of the Prophet Mohammed published in  the satirical French magazine Charlie Hebdo which resulted in an orgy of murder by Islamist gunmen in Paris in 2015. It is an open secret no longer that police failed to act when aware of thousands of cases of child sexual grooming mainly by men of Pakistani origin in northern towns over a decade or more. The recent actions of public protest against, paradoxically, the Police, Crime, Sentencing and Courts Bill 2021 are providing generous fuel for this government to curb the rights of us all to demonstrate.  If the legislation passes through both Houses, the state and police will be handed new powers to control the length of protests, impose maximum noise levels and prosecute activists for causing serious annoyance, a concept that has not been clearly defined.

An altogether different matter came before magistrates in Tameside.  The defence that  prohibited amounts of alcohol had been imbibed by the defendant subsequent to an incident of alleged driving over the limit was successful.  This defence is not unusual but rarely successful if the police do their job efficiently. But what is unusual is the reason I have brought it to the attention of a wider readership: it has been very well reported and any opinion based on the report must be respected. Credit is due to MailonLine  or its regional associates for this piece.