POUNDS HERE THERE AND EVERYWHERE 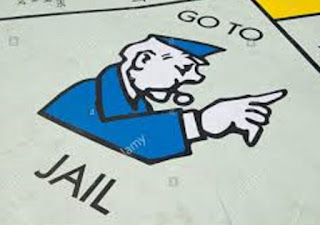 My musings and thoughts on our courts lie only shallowly beneath my consciousness; hardly surprising since I had retired from my professional life for the last ten years of my magisterial life.  To add to that almost continual subliminal state I have almost been bewitched by the court proceedings in Minneapolis where the accused`s defence counsel has been bravely attempting to offer reasonable doubt by way of generalities opposed to scientific and factual evidence provided by the State of Minnesota. And then the cost in real money of a human life flashed along the billions of  neurons and glial cells supported by connective tissue  and as if by magic I was thinking of the half a billion to a billion pounds unpaid fines apparently a permanent feature  of our courts system.  In 2015, 866,137 people were given fines totalling around £213,611,000, according to the Magistrates' Association analysis of Court Service records. A year later magistrates imposed 902,320 fines adding up to £263,763,000. In 2017, 915,541 fines were issued, totalling £362,490,000. In 2018  893,429 fines were imposed to rake in £355,773,000.  My next thought was ascertaining the number of fine defaulters eligible for imprisonment for non payment by their willful refusal to pay their fine or that they have been careless or thoughtless in not paying (known as ‘culpable neglect’). Nowhere in Mr Google`s box of secrets could I source that number so when I read of a case at Carlisle Magistrates Court I was surprised.  From my own experience I know that it is with much reluctance that magistrates order custody in such cases.  So my question is where are the statistics on such matters or is it a deliberate policy  of concealment?

At the other end of the scale it was recently that I noted some mind boggling fines issued by those self same magistrates courts.  In my own time I can remember imposing £50K fine for fly tipping and £23K and destruction of a dwelling on a property developer.  Small cheese compared to the decision of a District Judge at Birmingham Magistrates Court to fine Tesco £7.5 million. A Mailonline report is available here.

A case which was not reserved for a District Judge resulted in the largest fine I have ever heard of imposed by magistrates. It was at Scarborough Magistrates Court.  The owner and master of a scallop vessel will have to pay over £200,000 after pleading guilty to multiple breaches of local scallop dredging regulations and national fisheries legislation.  Full details of that case are available here.

And finally whilst thinking of large numbers of £50 notes coming and going a long running case reported of the goings on at Thurrock Council resulting in a very wealthy man adding to his piggy bank by actions which were severely criticised in the High Court last week. I conclude with a simple question; is it the case that in order to achieve levels of wealth beyond any definitions of ordinary, average, normal etc. corners have to be cut?

Two million pounds worth of heroin seized by police in Glasgow Posted on 31st December 2014
Further appeal for witnesses following recent car vandalisms ukcri.me/62152 Posted on 06th May 2015
Burglars steal thousands from Cambridge supermarket Posted on 11th August 2014
Trio charged after more than Â£3,000 worth of drugs seized in Tameside Posted on 09th January 2015
Appeal to trace thousands of pounds worth of jewellery stolen by sneak-in thieves Posted on 23rd April 2014
Routine Doesn't Have To Mean Dull Posted on 01st December 2014
Victory at Battle of the Badges Posted on 12th September 2011
London riots: police clear damage in Croydon as costs escalate Posted on 09th August 2011
Thousand pounds of motorcycle equipment stolen during Sale burglary Posted on 03rd March 2015
Masked men stole thousands of pounds worth of jewellery during a robbery â€“ Middleton Posted on 14th April 2014