THE INCREASING UNPREDICTABILITY OF COURTROOM DECISIONS 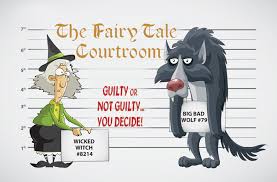 Although it might be boring for regular readers to read again of my dismay at the lack of or reduced amount of newsprint analogue or digital  devoted to court reports today`s effort is an attempt to showcase however slightly items that might interest those who are themselves interested in what goes on in our courts.

As training and common sense (the latter a factor which is frowned upon by the Ministry of Justice owing to the possible discriminatory connotation of the word "common" which might be unequal among some sections of the population) dictate it is at the very least unwise and at the worst most injuducial to criticise in public a fellow member of the bench however junior.  Indeed the chairman of a bench or a District Judge [MC] must not in any public remarks allude to a previous or future court`s decision which was or is likely to have been or to be out of his/her control. It would appear that HH Jason Taylor QC at Swindon Crown Court felt that either those unwritten rules did not apply to him or that the situation was so serious that he had no choice not only to criticise but to heap scorn on a magistrates bench which had taken action at a preceding hearing on the defendant in his honour`s current matter before him.   Magistrates are well aware that  allowing bail with or without conditions is probably the most difficult of all the decisions they must make.  With many amendments over the decades by the MOJ the assumption is that a bench must present cogent reasons why bail should not be granted. Personally I remember my own involvement in granting conditional bail to a defendant charged inter alia with manslaughter.  My colleagues and I were relieved to know he had turned up for his next court hearing without any breaches. It is therefore so unfortunate that we, the public, have no information except the crown court report and no knowledge of what actually transpired earlier. Regular local court TV might have  been helpful; another of my moans and groans.

The legal goings on in Norther Ireland are literally and paradoxically a law unto themselves. From current cases of alleged murder by army troopers over fifty years ago to abortion rights and more, politics seem far more ingrained in the legal process than in England. Member of the Legislative Assembly as a DUP representative Joanne Bunting was charged last year with four offences resulting from a motoring matter.  Now, over a year later all charges have been dropped. More than meets the eye?  We`ll never know more than this single report I could find.

If you ever wondered how ongoing unpaid fines of varying amounts from £500 million to well over a  billion pounds at any one time are going to be collected forget it. The system just doesn`t work for so many offenders of supposed limited means. This miscreant at Taunton Magistrates Court was, I presume, kept in the court cells until the end of that day`s business around 5.00pm as punishment after his fines were remitted. Short changed just doesn`t do justice to a broken system.

With a backlog of over 50,000 cases at crown court and around 400,000 at magistrates court there are sure to be many incidents of disappearing or overlooked disclosure, rushed decision making, justified investigation into Single Justice Procedure and equivocal pleading accepted by unthinking or careless magistrates, the next couple of years could prove very interesting for observers.  In simple terms fairy tales might not always be considered incredible.