MAGISTERIAL INNOVATIONS OR DIVERSION TACTICS FOR A BELEAGUERED P.M. 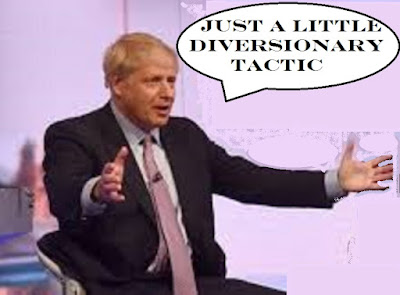 It`s been quite a week for the topic of magistrates and the magistracy.  For the last decade or to be more precise since 2010 this government of Tories with a contribution from the Lib Dems, before its leader decided that one million $ per annum from Facebook was a more worthy job than politics, has steadily sold off half the country`s magistrates courts to a present level of 150. It has overseen the deliberate reduction in the number of magistrates from 29,270 in 2009/10 to 12,651 currently.  Perhaps the thinking was that with that 50% reduction in court buildings a similar reduction in magistrates would be commensurate. Of course the MOJ and the cabinet arse lickers who approved this decision forgot to consider that the numbers of offenders  would not co-operate by reducing by half the numbers of offences committed. That same disjointed thinking was not confined to the legal sector. Highways for England proudly announced during this same decade that by converting  the hard shoulder of motorways into a fourth lane more traffic could be accommodated at minimum cost in pounds and travel time.  They overlooked the effect of inefficient control systems to the ultimate cost of 63 fatalities between 2015 and 2019. Personally twice I have had a complete power cut out, electrics, engine, brakes and steering on the A1 M at 70MPH. It is a frightening experience trying to coast safely from the third lane to a safe stop even on the dedicated hard shoulder.


But I digress.  In a world where philosophy had at least a toe hold on politics the concept of justice would be recognised as a pillar of democracy without which politics descends into divisiveness and barbarism. Although far removed from  modern practice the ancient Greeks of Athens had developed a basic justice system where argument enabled the displacement of vendetta for many who felt subject to grievance.  When the court closure programme was well underway we were told that nobody would be more than one hours travel time by public transport from their nearest remaining court. This was criticised almost immediately as a matter of desire over reason.  Once again those myopic civil servants conveniently overlooked that a bus, tram, train or tube cannot be summoned like an Uber.  In rural areas of Wales and the north and west of England it is fact that for some who attend court the travel time is twice that estimated. But the government did and does view court costs as part of a balance sheet. The notion that justice is there to serve the population as does that holy grail the NHS has either escaped them or has been discarded with intent. The announcement that magistrates courts would have sentencing powers doubled to 12 months custody has sent spasms of uncontrollable hysterics from many of the legal fraternity. Twenty years ago Sir Robin Auld, an appeal court judge, published his report on the future of the magistracy. He recommended a unified three-tier criminal court to replace the separate crown court and magistrates courts. Under the Auld proposals, the defendant would lose the right to decide where the case was tried and the decision would be taken by magistrates. To some extent that is included in the current plan. His suggestion of the creation of a third tier court where a judge and two magistrates would constitute the bench as is the composition of the crown court acting as an appeal court was dismissed by many of the judiciary. As now lawyers in general were none too happy and the report was shelved. The reason presented by the MOJ for increased sentencing powers is supposedly that that innovation will speed up the judicial process by taking some of the backlog from crown courts where that backlog is estimated at 60,000.  An estimated 400,000 cases are outstanding at magistrates courts. Those involved in the courts system are well aware that much of the backlog was caused by the MOJ setting limits on the numbers of days judges could sit and was a self inflicted wound.  There is considerable argument that the proposed sentencing changes will do little to hurry things along. Currently fewer than 4% of cases at magistrates courts result in an immediate custodial sentence. In 2020, magistrates’ courts in England and Wales received 1.13 million cases and disposed of 1.04 million. Of the cases received 74% were for summary offences or breaches which can be resolved in a magistrates’ court without the need for a trial. Most of the remaining cases (258,000 or 23%) were triable-either-way, meaning they could proceed to trial at the Crown court. The conviction rate after trial for either way offences at magistrates courts is 97% but 82% at crown court.  These numbers show clearly why so many lawyers advise their clients to elect trial by jury assuming they  can afford to pay the fees required; the miserable legal aid fees (another reason for the backlog with so many defendants self representing) notwithstanding.
With regard to the other announcement this week of a recruitment drive to appoint 4,000 magistrates to fill the enormous gap in current numbers this is another belated effort to speed the trial process.  If I were cynical I would suggest that its timing is just another effort to distract from the woes facing Boris Johnson.  Training of magistrates is carried out mainly by legal clerks.  Dozens if not hundreds of those people would have to be seconded from their court duties or sought from the private sector to induct the new appointees.  It would if carried through mean that a quarter to a third of all magistrates were newbies; rather an unwieldy ratio. With the emphasis in the MOJ press release on that convulsive term "representative" there is no doubt in my opinion that we will have appointments committees instructed to consider BAME candidates as a priority although of course that will never be admitted on pain of death or worse.

With so many legal big wigs commenting this blogger can only highlight a subject such as this. To sum up; the Magistrates Association is blowing its trumpet over this and many (most) lawyers are moaning and groaning. Unsurprisingly The Howard League is jumping up and down and individual magistrates are continuing their retreat from public comment as usual.  And the latest incumbent at Petty France looks forward to a change of address.