UKRAINE SHOWS BRITAIN HAS NO DIRECTION 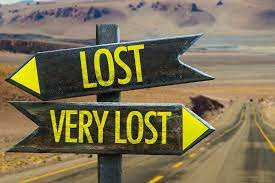 There comes a time when a retrospective of every nation will show a fundamental change in society, government and other bellwethers.  Historians will offer their own analyses a generation or two subsequently but these observations are of use only as signposts for the future; unfortunately for many reasons they are just an exercise for the authors.  The true indicators of how we conduct ourselves as a nation and where that conduct is leading us are often shrouded in  an  etymological fog. Perhaps the most famous seer through that fog was a master of etymology; Winston Churchill who, for all his faults, realised the folly of British  foreign policy in the 1930s.  In our own time perhaps the most (in)famous speech on society was by Enoch Powell in 1968. He was Member of Parliament (1950–1974), then Ulster Unionist Party (UUP) MP (1974–1987), and was Minister of Health (1960–1963).  His speech was undoubtedly racist but his target was misplaced: god fearing black immigrants from British Caribbean colonies have been a blessing to us all.  What he was unable to predict was the mass inflow of Pakistanis whose societal origins were firmly fixed in the middle ages where what we now term Islamism was a way of  life. Their co-religionists expelled from East Africa who arrived here in 1972 and later and who have given so much benefit to Britain and the British are equally disturbed by what is now a 3 million minority rapidly expanding to such an extent that far Left political trouble makers are in thrall to their demands.


There is no doubt that capitalism is the best method yet devised to promote the greatest wealth for the greatest number and underlies the democracy we enjoy today. In 2008 the world`s economic system came close to collapse  but not a single banker, and the banks were entirely culpable, has been tried in a court of justice and convicted for mass fraud.  The capitalist system in this country has been allowed to rampage across all aspects of our lives because as the scorpion said to the frog when the latter asked why he had stung him as he was being carried on its back across the river, that is my nature.  Failure to control this behemoth is a current blot on the economic landscape.  P & O is but the latest example. Russian oligarchs and their Chancery Lane enablers have flourished with the assistance of a decade of Tory connivance.  We thankfully escaped having a Marxist antisemite as prime  minister who had the support of so many Labour MPs now demonstrating their enlightenment. Where was their ability to see the folly of their conduct?

And now perhaps belatedly to what is most concerning; the rise of the Woke. The single essential pillar without which the temple of a democratic society cannot stand is the pillar of Justice. Since 2010 that pillar has been eroded by demands of so called identity politics.  Diversity, transphobia with many manifestations and a failure to appreciate history have infected not just our rulers but those who are supposedly paid to teach and inform those born in this millennium.   Having presided over the halving of the numbers of magistrates courts and the magistrates who serve within them the government is embarked in what can only be described as a crash programme to recruit 4,000 J.P.s  ASAP.  The process of appointment is secret but a second hand way of discovering the bases of what the advisory committees are seeking in this new cohort is best uncovered by  magistrates themselves.  I have chosen some quotes from an article in the Eastern Daily Press.

"Samantha Tisshaw, 46, a company director who became a magistrate in 2017, developed her interest in the law in childhood as her father was a police officer, while her mother was also a Norfolk magistrate. “It would be really nice to see a more diverse bench, particularly younger people,” she said. “What we want is lots of people from lots of walks of life with loads of experiences they can bring.” [my bold]
This lady doesn`t realise the contradiction in what she says. She wants younger people (minimum age of magistrate is 18) with loads of experience.
She continues "“Most of us sadly will have either experienced crime or have known someone who has been a victim" .  Really?  On what authority is she making that statement? Does this opinion not affect her attitude on the bench?
"We do see the worst of society but we do see the best too because we get people who come back and say thank you because they’ve been offered the help to turn their life around". [my bold]  Magistrates are not social workers or probation officers. Magistrates are there to apply the law, to determine guilt and if so determined to administer retribution according to law and guidelines.


A disabled JP:- “Because I’m disabled I bring to it certain experiences of my own. It’s all about having a good mixture." I sat with many disabled colleagues. Not one at any time ever remarked that his/her disability had any effect on doing the job.  It was as indicative of performance as was the colour of a tie or skirt. But it seems that contradictory opinions on "diversity" in any form is the thinking of a dinosaur.  What is forgotten is that the dinosaurs roamed the Earth for hundreds of millions of years.

Finally from this article a J.P. with many years experience also fails to understand that the bench is not a helper or guide or good Samaritan; " Some people don’t need to be punished, they need to be helped".  It is the form in which justice is administered in this country to over 90% of all offenders.

These are some quotes from that article in the Eastern Daily Press.

As a former magistrate I have taken an obvious interest in that aspect of the judicial system but the blatant disinformation in "justice"  is much more widespread.  Gloucester Constabulary and its PR dept. makes much of its intention to recruit more police but failure by the government to readily admit that it was they who chopped over 20K active police officers  nationally since 2010 is as clear a sign that misinformation is not exclusive to points east.  The same can be said of the NHS and failures at every angle of the compass in recruitment. As a point of information it was the aforesaid Enoch Powell as Minister of Health who actively encouraged the immigration of nurses from the British Caribbean colonies to work in NHS hospitals. His name is a beacon to the hypocrisy which is endemic in British political life.
A statement was published on February 24th  from the Judicial Conduct Investigations Office:-
"The Lord Chief Justice has, with the Lord Chancellor’s agreement, issued His Honour Judge Keith Raynor with formal advice for misconduct. In September 2020, Judge Raynor emailed several people, including a journalist, to allege that he had been subjected to improper pressure by his senior judge over his handling of applications to extend Custody Time Limits. A thorough investigation found no evidence to support this allegation. In deciding on an appropriate sanction, the Lord Chancellor and Lord Chief Justice took into account Judge Raynor’s long and previously unblemished conduct record."
Although a JP would not be in such a position if that member of the judiciary were a magistrate he would have been sacked for anything approaching a similar action.

A statement from the JCIO on March 16th is another example of how the legal disciplinary system is literally a law unto itself.
"The Lord Chief Justice, with the Lord Chancellor’s agreement, has issued Deputy District Judge Christopher McMurtrie with a formal warning for misconduct. Judge McMurtrie conducted a hearing in his car, partly while driving and using his phone in hands-free mode. The judge failed to meet the expectation to avoid conduct which might reduce respect for judicial office. In reaching their decision, they took into consideration that Judge McMurtrie accepted that his decision to proceed with the hearing, after he had to travel unexpectedly for personal reasons, was misguided and he gave assurances as to his future conduct."
Secret disciplinary processes are still the norm in so many aspects of our civil society.  Think of police misconduct, the current  Post Office scandal, Grenville Tower, retirement homes and Covid scandal, hospital baby deaths, children`s protection and many more instances where secrecy in covering up supervisory failure was and is paramount.

The sheer futility of some matters in the legal system is no better observed than in so called criminal behaviour orders although since the advent over a decade ago of ASBOs such orders on various matters have seriously proliferated as if they had a life of their own. Displacement of offenders is a complete waste of time but it`s an example of simple incompetence of the lawmakers in SW1.

When a nation has lost confidence in the organisations in which we have placed our belief that wrongs will be righted and errors admitted: when a nation has lost its reason, when up is down and right is left and there is no fixed sight upon which a direction can be travelled that suits the people, these people will disintegrate. And thus underlying so much of our country is identity politics: a creed which is now threatening the very foundations on which we live our lives.  When the opposite is the case; a people who have had democracy and good judgement thrust upon them a national will and cohesion prevail.  Look east at Ukraine and its heroic population as an example where those benefits have arisen from the detachment from the tyranny of the Soviet Union.