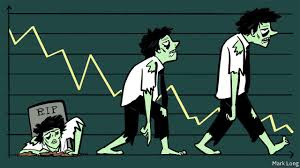 Sometimes I ask myself what exactly is a legal system; is it a series of laws? are these laws built from the bottom up (of society)  or the top down (of government)?  Are they meant to lead us or to follow us? Many thinkers more able than I have written millions of words on similar topics.  However we are where we are.  It is in the apparent anomalies of the application or otherwise of our laws where lie more questions than answers.


Article 7 of the Universal Declaration of Human Rights (UDHR) states: "All are equal before the law and are entitled without any discrimination to equal protection of the law". Thus, everyone must be treated equally under the law regardless of race, gender, colour, ethnicity, religion, disability, or other characteristics, without privilege, discrimination or bias.  What a wonderful sentiment but anyone with the most slender connection to the workings of our legal system knows full well that in practice it ain`t necessarily so.  Power has privilege. Power is the ability to influence and make decisions that impact others. Privilege is advantages and benefits that individuals receive because of social groups they are perceived to be a part of. Privilege can be  a result of systematic targeting and/or marginalisation of another social group. Nowhere is power and privilege more demonstrable than in circumstances surrounding the royal family.  The furore surrounding the cretinous second son of the sovereign over the last couple of years in particular has shown the outside world what power and privilege can effect in the real world. The latest example of the House of Windsor`s claim for privilege was made public earlier this month when Harry of that ilk from his American home threw his rattles out of his pram when denied publicly funded police protection should he visit this country and in particular a service held today to commemorate the life of his grandfather.  Such benevolence was denied and he  remains in the Los Angeles sunshine but court details of proceedings in his action against the Home Office are withheld from public view. I assume that the letter of the law allowed the judge to make a correct decision but was power and/or privilege a mainstay of that legal decision?  Would Joe Blogs of Hackney have had a similar request approved in a court of law?   The judge`s castigation of his QC does little to remove a stench over the whole business.

Meanwhile in Belfast a situation ignored by many in public life continues to poison the atmosphere and undermine the humanity illustrated in the film recently released of that name. Wrapped up in the blanket of jurisprudence the "will he stand trial or not" saga of an old age pensioner who was part of the British army in the period known as "the troubles"  continues. To any outside observer it is blindingly obvious that the law has little to do with the preceding decisions and the current reversal of the previous one.  The delicate balance between a government seeking to wash its hands of  its and our history at the same time as the fraught state of current relations with Ireland and the E.U. as a result of Brexit is more than just counting the angels on a pinhead but is within the no mans land of the legal tail wagging the political dog or perhaps the other way round depending on the observer`s viewpoint.

Even with the input of supposedly wise men and women the law can seem to be not only an ass but an ass  having suffered a lobotomy. Illegal immigrants, usually working age males from north Africa or the middle east, have been having their phones confiscated upon arrival and those phones analysed for information.  Considering many of those landing on our shores deliberately or otherwise bring no documentation such investigation seems to be a sensible activity at a time of increased fears of terrorism.  But the law says otherwise.  There is an assumption that those who write our laws and those who sit in parliament to enact those laws do so having explored every detail from the opening word to the final full stop. We are fools to assume such.  The law is man made and man is not flawless. But surely there are better ways of applying resources than currently exist in such matters?

It is a public conception and one with which I totally agree that police go after an easy collar.  It is one thing to be able to tell a cyclist that having no lights at night and perhaps wearing dark clothing without a high viz reflector is a highway to disaster and another to throw the hard fist of the law into a teenager`s face. And that is exactly what happened in Oldham recently to an 18 year old teenager. That he didn`t appear in court to plead is unsurprising; he is an 18 year old teenager.  Were those magistrates who sentenced him displaying wisdom?  I doubt it.  There was no compassion; they were following "the law".  I rest my case.

Recent legislation will allow action to be taken by those who block our roads in the name of their "great cause", global warming.  They have used the permissiveness of legislation as weakness just as surely as democratic nations refuse to use undemocratic means to stifle those who would rid us of our democracy and impose fascism upon us.  That is a paradox that is lost to many and unfamiliar to most. But to Sherrilyn Speid it has meant she now has a criminal record and is disqualified from driving. Having personally experienced being held up on the M25 by these fascistic clowns I have nothing but sympathy for Ms Speid.  My first thought is whether or not she had legal representation and the second is whether she was offered a plea on the lesser charge of careless driving.  I hope she has considered the appeal process before it is out of time.  This is just another asinine example of British justice to consider.

I cannot recollect an occasion when I was faced with a drink driver whose lawyer successfully argued "special reasons" why a mandatory disqualification should not be imposed.  I doubt I am alone.  The bar is exceptionally high. For Jonathan Griffiths at Llanelli Magistrates Court last week it was celebration time; his legal representative  had persuaded the bench that his client had jumped that bar.  Such a decision makes a mockery of the law.  It so clearly demonstrates that all are far from equal in its eyes.  That bench also should be ashamed.

Those who visit this site with some regularity will be aware that there is an organisation, the JCIO, which regulates judicial office holders who are thought to have erred in some way either personally or professionally.  What we don`t have known publicly is what happens when judges sentence so outrageously out of step with Guidelines that an appeal court virtually doubles the existing sentence.   If a surgeon amputates a right leg instead of the left he is likely to have his scalpel locked away for some long time.  Of this judge we can only hope that behind the scenes he is advised to leave his wig in its box until he has satisfied his peers he is fit for duty.

Whilst we in UK have our legal anomalies in Texas everything is bigger.  They kill each other with increasing ferocity, they divorce so often as only God fearing Christians in the bible belt can do and they execute their murderers with some style.  And now those about to be given the ultimate sanction can have a pastor pray out loud as the needle pierces the skin of the convicted`s arm and touch him in his final moments. Such is the American idea of compassion; so much more endearing now that it has legal oversight.

And finally in this diatribe over the manner of how the law works to the subject of the mass recruitment drive for more magistrates; a subject broached here more than once.  One would expect that those sitting in judgement over their fellow citizens would be cognisant of the effects of their judgements would have on the individual before them.  That they would have accumulated the wisdom to understand motives, fears, desires, etc that make people behave as they do. One would expect that those judges would be fully rounded experienced people and particularly that their brains would be fully developed.  One might expect those considerations to be uppermost in the fertile minds of those who formulate policies at the Ministry of Justice. One would be disappointed.  Notwithstanding that those inept minds lowered the minimum age for magistrates in 2004 their diversity infected co conspirators at  The University of Manchester are targeting students to apply for the bench.  Why not?  Diversity with a capital D is our driving force.  A country where so many children are virtually illiterate at age 11 that the education budget is still at 2010 levels. Not to worry; Eton, Oxford and Cambridge can still offer some leadership. This is the state we are in: a state where the NHS in some areas are asking men if they are pregnant before the application of certain procedures; where a person with male genitalia can decide that s/he should be known as a woman in all circumstances, where politicians lie to their interviewers caring little that we all know they are lying and that they couldn`t care less, where the law in so many areas is shown to be deficient, where guns have been sacrificed for butter and now we are being offered margarine at just the time we need more guns. The British Empire began bleeding to death in 1947: it is now rotting in its grave prior to its resurrection as a zombie nation state.