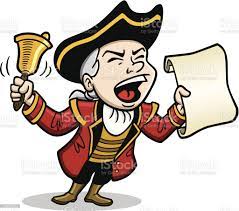 There are millions of court cases annually in this country; a very small number is reported in the national and/or local media and an even smaller number is commented upon in legal publications.  It is therefore hardly surprising that the great British public apart from the third of adult males who have a criminal record has little idea of what constitutes justice.


The issue of subcontractors working under IR 35 has primarily been an issue for accountants and their clients of whom there are or were millions.  To be or not to be an employee had little effect on those members of the public who perhaps many times removed were beneficiaries of what ostensibly was an arrangement between employer and contractor.  But there was and is a major dividing line at the sharp end of that contractual relationship: what is the result of negligent and/or less than satisfactory working standards of the contractor and harm or loss befalls the customer?  Until recently that position at least as far as dentists was unresolved. Dental practice owners have for many years operated a payment by results system for supposed independent self employed fellow dentists  working on a piecemeal basis.  I suppose the modern term which best describes the situation is zero hour contracts.  If a dentist in such a situation faces a charge of negligence or similar the practice principal has been able to stand aloof from the proceedings and the accused must defend him/herself as well as possible whether or not s/he has appropriate insurance.  That iniquitous situation is no more.  Last week the Court of Appeal finally ruled that the previous legal position was unfit for purpose; a long awaited reform to the benefit of anybody unfortunate enough to be dissatisfied with the quality of care in the dentist`s chair.

Capital punishment was abolished in 1965.  There has been a not insubstantial minority since then convinced that decision was hasty and the rope should be held in reserve for the most heinous of crimes and their perpetrators.  One such category is the double murderer.  However when a double murderer  is released on license and goes on to commit a third murder hackles rise and it was last week  Lawrence Bierton pleaded guilty and so placed himself in that vary rare club of demons; a triple murderer. He is yet to be sentenced but it is unlikely he will receive anything less than a whole of life custodial order with no possibility of parole.  Should he hang? Would society be better served if that sentence were available?

This column has previously alluded to the inequality of sentencing seemingly structured into our legal system. In basic terms sentence can vary as a miscreant`s contribution to and place in society.  Some will agree and others not.  But should this pharmacist be sentenced to custody or even custody suspended or not?  Read this report and decide.

In some many areas of our lives text messages and e mails are ubiquitous.  From notice of deliveries to our or a neighbour`s front door to a confirmation a bank deposit has been received or  payment due the text tells us all but not in court.  This is an anachronism which is years overdue in being brought into the 21st century.  I doubt there is a single magistrate reading these words who has not had the experience of being told by a defendant that s/he had not received a letter from the court.  Sometimes the court will believe such a statement and sometimes not: competent presiding justices doing their job must exercise their interrogative techniques in coming to a decision as happened recently at  Worcester Magistrates Court.

And finally to those amongst us who think the law does not apply to them.........and I am not discussing the goings on at a house in London SW1.  Rather that description is proudly exploited by a group of so called activists who believe that the ends justify the means and juries who cannot or do not see or are  unwilling to face the reality that fascism often begins with such attitudes and terminology. Extinction Rebellion and associated groups sometimes with antisemitic overtones amongst its members have been and are using the law to undermine our society.  When this route is embarked upon there is no knowing where it will end.  In Northern Ireland in 1968 it began with peaceful marches but within a couple of years it travelled the road of car bombs, murder and civil war in all but name.  It is a road to anarchy.  The perennial question for a democratic country like ours is how far do we go to defeat the fascist who will do everything and anything to undermine that democracy.  The paradox is if and when it becomes necessary to employ undemocratic means to save that democracy are these means employed and to what extent?  In Northern Ireland internment without trial became a useful though limited  tool as did a single judge no jury  courts system; the so called Diplock Courts. To prevent our current state being transduced our law makers must be ahead of the game.  I hope they are. As the town crier would call to announce happenings to the people of the village; oyez, oyez, oyez.